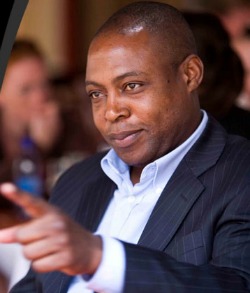 THE head of Zambia’s soccer governing body, Kalusha Bwalya has expressed concern over the postponement of the game against with Zimbabwe which was supposed to have been played in Harare on Sunday.
The two neighbours were supposed to have clashed in the 2014 African Nations Championship (CHAN) second leg, first leg match at Rufaro Stadium but the game was rescheduled to next Sunday after match officials failed to arrive on time due to flight complications.
Football Association of Zambia (FAZ) president Kalusha Bwalya said the postponement of the game as inconveniencing and costly.
“It is a great inconvenience and it will be costly on us but it was not ZIFA’s (Zimbabwe Football Association) fault,” Bwalya told Zambia media.
He said Zambia were ready for the game as adequate preparations were made and expressed disappointment over the situation.
The Cameroonian referee missed his flight on Saturday and Sunday, forcing the two soccer bodies to postpone the game to this weekend after consulting match commissioner Xolani Gwesela of South Africa.
ZIFA had initially proposed that the game be played on Monday but their Zambian counterparts refused because the national soccer team is supposed to play a friendly game against Senegal on Wednesday in France.Advertisement