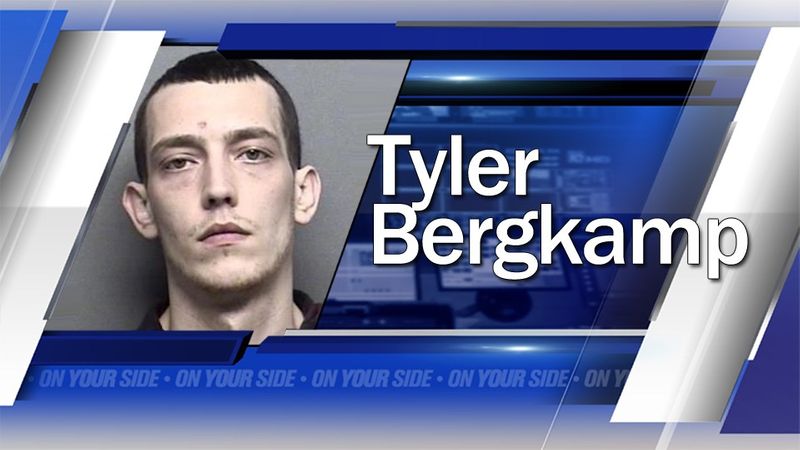 SALINA: A Kansas woman suspicious that someone had broken into her home later found her ex-boyfriend’s legs punched through her ceiling.

The Salina Journal reports that a 23-year-old Salina woman called police to her house Thursday after finding her front door chained from the inside. Police say they searched the house but didn’t find an intruder.

Two hours later, the woman and her current boyfriend heard a loud noise and found the 25-year-old former boyfriend had fallen partly through the living room ceiling. Police say the suspect, Tyler Bergkamp, was hiding in the attic.

Police say the current boyfriend pulled Bergkamp’s legs through the ceiling and began fighting him.