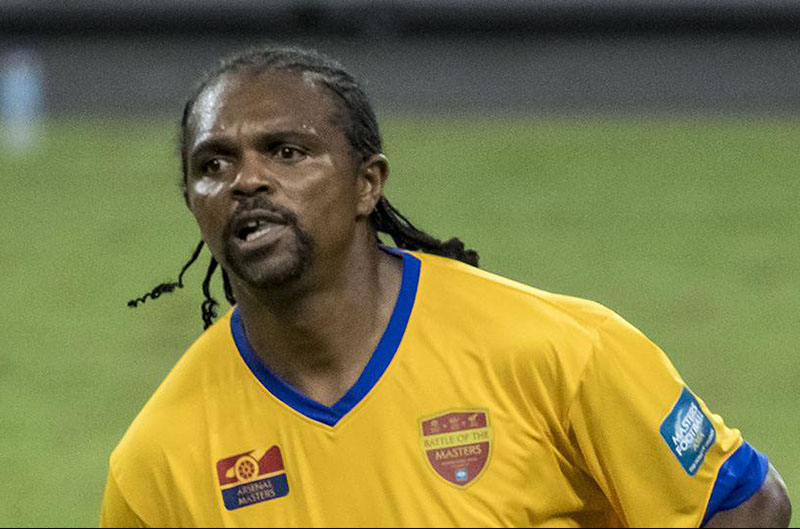 Nwankwo Kanu said on Tuesday that he had suffered the “saddest day” of his life after finding out every medal won by the former Arsenal and Nigeria star had vanished from a Lagos property of his.

Speaking to online outlet The Cable, Kanu lamented the “rude shock” of learning that a host of cherished keepsakes earned over his football career had disappeared from a Lagos property that is at the centre of a long-running legal dispute.

“This is the saddest day of my life as I cannot understand why this happened to me,” he said, The Cable reported Kanu as saying.

“All the medals I have earned, in addition to the Olympic torch that I cherished, are all gone and I don’t even know who to ask for all these prized assets.”

Nigeria Football Federation president Amaju Pinnick confirmed the disappearance of the medals and trophies, saying Nwankwo was “in intense pain” at their loss.

“Kanu worked very hard from a humble beginning to accumulate whatever he has today and to earn those precious valuables,” he said in a statement.

“We respectfully call on the Nigeria police and other security agencies to work hard at unravelling the perpetrators of this nefarious act.”

There was no immediate response from the police in Lagos when contacted by AFP.

The disappearance was reportedly linked to a court case about a financial dispute involving a hotel owned by Kanu in the upmarket Victoria Island area of Lagos.

Nigerian media reported that the trophies and medals disappeared after the 42-year-old discovered illegal renovation work had been carried out at the property.

Kanu was twice CAF African Footballer of the Year and won major trophies with Arsenal, Ajax and Portsmouth.

Since retiring from football, he has run the Kanu Heart Foundation, to help young African children with heart defects.