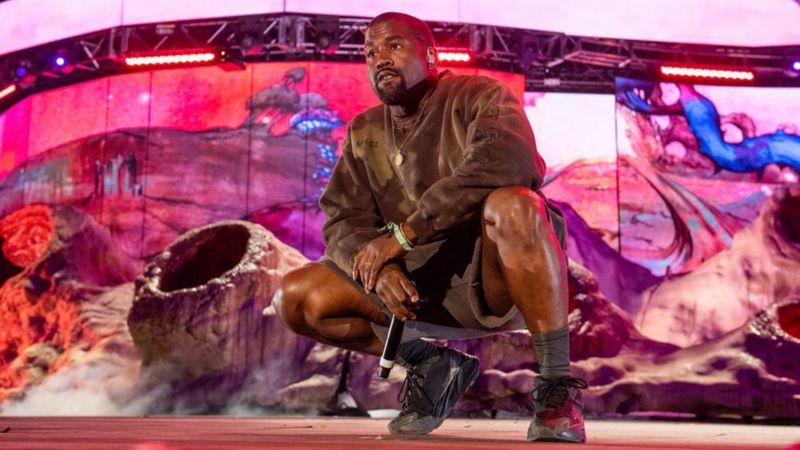 WE don’t know – still – who the next US president will be, but we do know who it won’t be – Kanye West.

The 43-year-old rapper has conceded after his self-styled “Birthday Party” collected just 60,000 votes out of an estimated total of 160 million.

Another independent, Libertarian Jo Jorgensen, made a much stronger showing – claiming more than 1.5 million votes.

But West’s political career may not be over yet. He tweeted “Kanye 2024” this week, signalling another bid to come.

In this first presidential attempt, West appeared on the ballot in 12 states, missing the filing deadline in most others. He gathered the most votes – 10,188 – in Tennessee, a state that typically favours Republican candidates.

When he announced his candidacy in July, West had said that his platform was modelled off Wakanda, the fictional kingdom from Black Panther.

Ending police brutality was a priority, he told Forbes in an interview, as was cleaning up chemicals “in our deodorant, in our toothpaste”, and was focused on protecting America with its “great military”.

And why the party name?

“Because when we win, it’s everybody’s birthday party,” he said.

But West’s candidacy was the subject of much criticism – and concern about his health.

At a rally in Charleston, South Carolina, meant to officially launch his campaign, the star made several bewildering rants, at one point saying that 19th century abolitionist Harriet Tubman “never actually freed the slaves, she just had the slaves go to work for other white people”.

West later began crying when talking about abortion, saying that his parents almost aborted him, and that he had previously wanted to abort his daughter.

The rapper disclosed last year that he had bipolar disorder and his wife, Kim Kardashian West, posted on social media amid his run asking for “compassion and empathy” for West whose “words sometimes do not align with his intentions”.

And posts on Twitter by West urging followers to write-in his name on ballots for president incited criticism that he was effectively siphoning votes away from legitimate candidates.

Ms Jorgensen, on the other hand, staged a more conventional independent campaign, making stops across the country to rally supporters, seeking endorsements and pushing a platform guided by Libertarian principles – small government and individual freedom.

“The Libertarian Party’s baseline votes will continue to grow,” Ms Jorgensen said in a statement. “The only way Democrats and Republicans can keep us down is by adopting our libertarian policies.”

The Libertarian party formed in the US in the 1970s but its nominee has never won the presidency.

But these three candidates were not the only ones with long-shot bids for 2020 – not even close. They joined more than 1,200 candidates to file a presidential run with the Federal Election Commission this year.