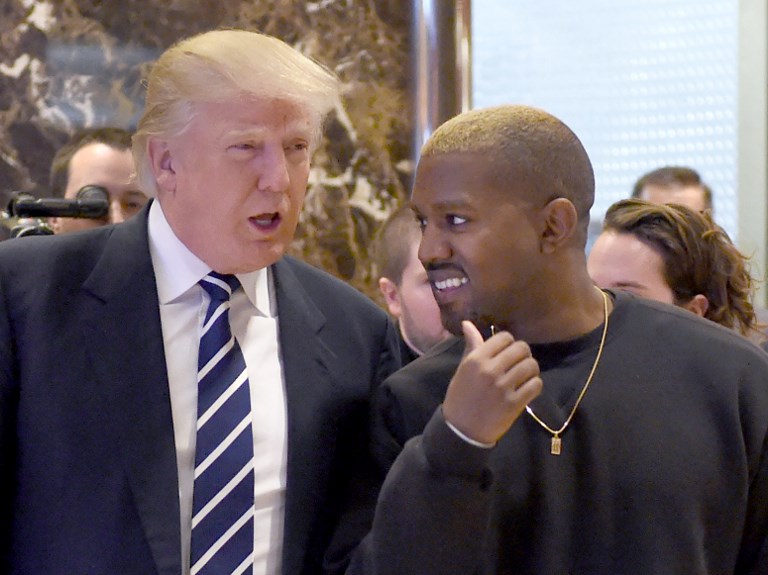 UNITED States: Rapper Kanye West, on the receiving end of criticism in the music world after backing President Donald Trump, sparked fresh outrage Tuesday when he called slavery “a choice.”

The rapper, never shy about expressing himself, made the comments in passing during one of two free-flowing interviews he gave as he promotes two upcoming albums.

“You hear about slavery for 400 years. For 400 years? That sounds like a choice,” West told TMZ Live, the broadcast wing of the celebrity gossip site.

West elaborated little on his statement but appeared to be drawing a parallel to how he is presumed to hold certain views as an African American artist.

“We’re mentally in prison. I like the word ‘prison’ because slavery is too direct to the idea of blacks. Like Holocaust is Jews, slavery is blacks,” West said.

West’s remarks immediately sparked an uproar on Twitter, his favorite medium, and he was taken to task live by a TMZ employee who said he was “appalled.”

He enraged many fellow artists — but was embraced by conservative commentators — as he praised Trump, who has since cited the rapper’s words as evidence of minority support.

In a separate interview with radio host Charlamagne tha God, West said he had not followed Trump’s policies but, “When I see an outsider infiltrate, I connect with that.”

West — who in 2005 made headlines by saying that then president George W. Bush “doesn’t care about black people” — is one of the few prominent African Americans to support Trump.

The president built his political career by promoting unfounded conspiracy theories about his predecessor Barack Obama’s birthplace and has been embroiled in a number of racial controversies since taking office.

Speaking to Charlamagne tha God, West said he was upset that Obama invited other rappers to the White House such as Kendrick Lamar and Jay-Z.

Obama, in off-record small talk with a reporter in 2009 that leaked, called West a “jackass” after the rapper disrupted the MTV Video Music Awards to say that Taylor Swift did not deserve her prize.

“You know, he never called me to apologize,” West said, explaining that Obama had met him and his mother before being elected president.

“The same person who sat down with me and my mom, I think should have communicated with me directly.”