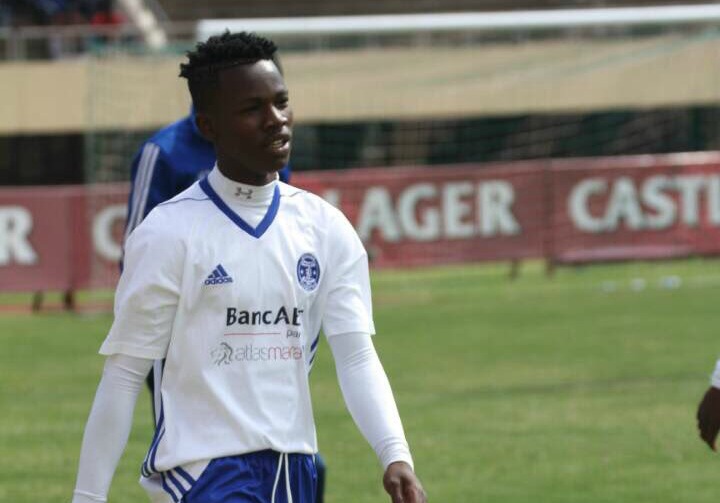 Cleopas Kapupurika in his former team's colours
Spread This News

HIGHLANDERS winger, Cleopas Kapupurika will again miss this week’s Castle Lager Premier Soccer League encounter against Hwange at the Colliery as he still failing fitness tests after he picked an injury in June.

Kapupurika is suffering a knee injury he got early July.

According to Highlanders coach, Mandla Lulu Mpofu, the winger who joined Bosso from premiership arch-rivals, Dynamos, is recovering well and he will probably be back in action in at least two weeks’ time.

“Cleopas is still out with injury. He started training last week but he could not make it. He is back again and he will start serious training today (Wednesday). However, he will be out for one or two weeks,” Mpofu said.

The winger has found the target only once for Bosso when he was the only scorer in a 1-0 victory over Dynamos in a blockbuster match played at Barbourfields stadium earlier this season.

Mpofu also heaped praise on Bosso players who were away on international duty.

“I can talk about the under 23s, I think Prince had a good game in South Africa. He played pretty well in Bulawayo but it was Andrew (Mbeba) who stole the show. He had wonderful games both in South Africa and here back home and am happy about that. We will always want them to go there and we also wish they make it a point that they take that form to our club. They represented the club very well,” said Mpofu.