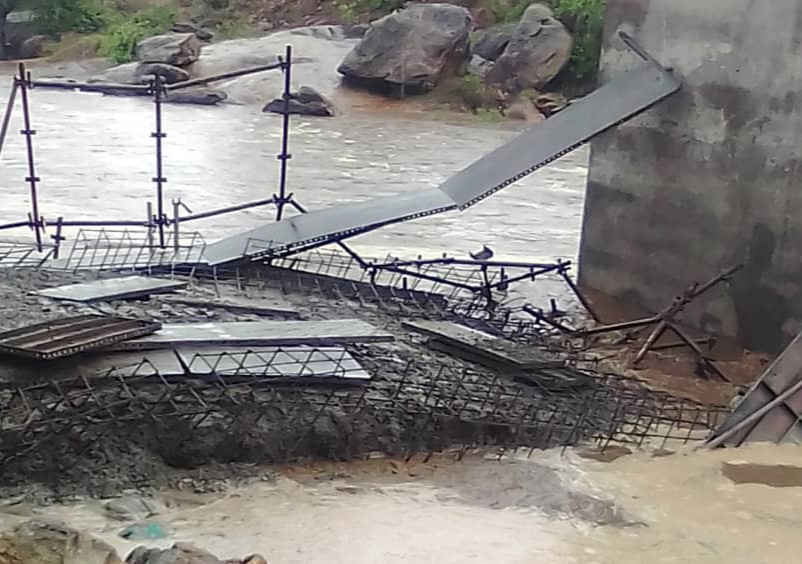 MASHONALAND Central’s Karanda bridge deck collapsed amid heavy rainfall Tuesday night, two weeks after Minister of State in the President’s Office responsible for Monitoring and Implementation of Government Programmes, Jorum Gumbo visited the site and praised local engineers in charge of its construction for “impressive” craftmanship.

The 160-metre-long bridge deck along Ruya River, Mount Darwin was washed away by heavy rains which have been pounding the area for the past two days.

Government had availed $5.1 million towards the bridge’s construction which began in October last year and was almost complete.

Karanda bridge was set to be commissioned this December.

The catastrophe will affect patients who now found it easy to travel to Karanda Mission Hospital without dangerously navigating through the crocodile infested Ruya river or paying exorbitant fares to transporters.

Over the years, patients across Zimbabwe have been travelling to Karanda hospital for treatment.

Many other Zimbabweans were now flocking to the rural Mount Darwin hospital seeking health services after their own hospitals have been deserted by doctors.

Through the District Development Fund (DDF), government had embarked on the bridge’s construction in a bid to create a shorter route for patients.

On his latest inspection tour, Gumbo had said he hoped the bridge would make life easier for the locals, describing the work done as “excellent”.

But speaking to NewZimbabwe.com, Gumbo said the deck’s collapse caused by heavy rains was beyond government control.

“This bridge was not yet complete. We were now working on the last section and it is that last section that was still wet.

“The last pillar or deck was swept away by the rains, the bridge itself is still intact.

“We thought construction of the bridge would have been complete by the 20th of December.

“We can now only commission the bridge when it’s complete.

“The rains swept away the deck and that was beyond our control, we cannot have a chat with God to delay rains. So, it rained while the cement was still wet,” he said.