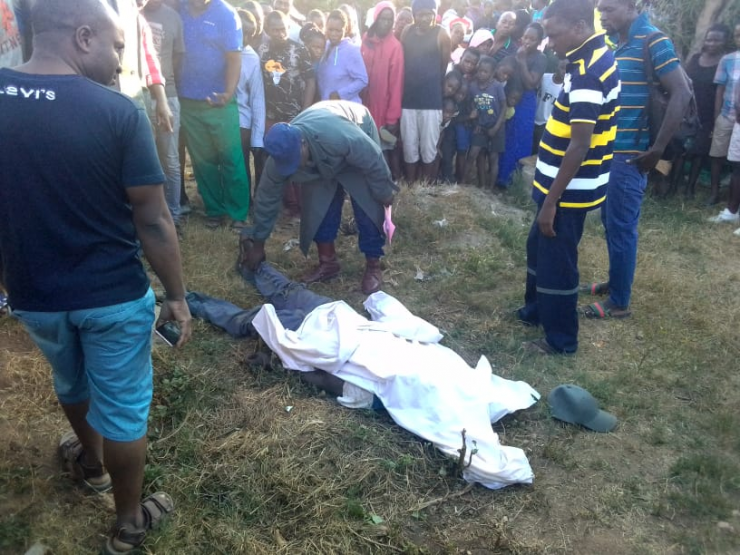 A MAN identified as Brighton Gandawa from Chitungwiza township in Kariba was Sunday morning trampled to death by an elephant while returning home from a beer outing.

According to residents who spoke to NewZimbabwe.com, Gandawa, who was a fisherman, was walking back home to Nyamhunga township when he met his fate.

His friends reportedly managed to escape from the yet to be identified rogue jumbo.

The scene of the unfortunate incident, which highlights the prevalence of human-wildlife conflict in the prime resort town, was Sunday morning teeming with residents who scrambled to view the body.

Some of those who witnessed the scene said the body showed some broken limbs and was later conveyed to Kariba District Hospital mortuary for postmortem.

In another incident, the body of an unidentified man attacked and killed by a crocodile at the University of Zimbabwe Lake Kariba Research Station Harbour, recently, has been found.

Kariba has this year witnessed a sharp rise in human-wildlife conflict cases.