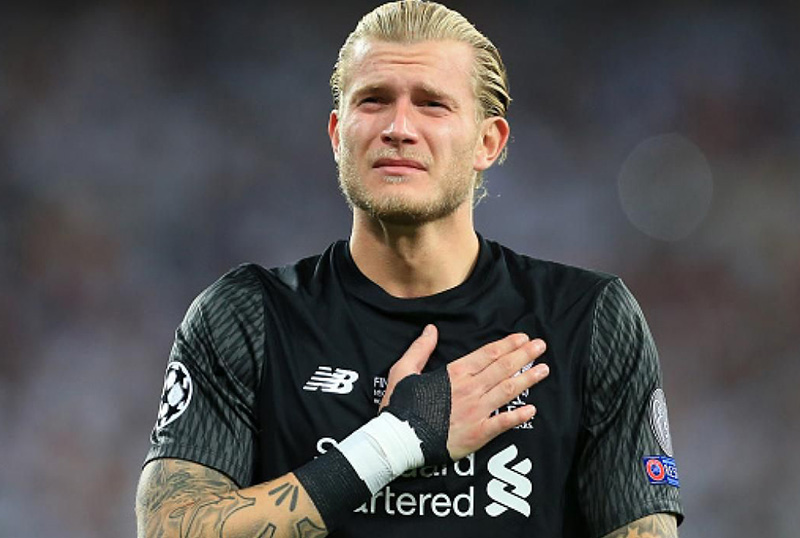 LIVERPOOL goalkeeper Loris Karius is strong enough to deal with his Champions League final nightmare, according to team-mate Simon Mignolet.

Karius was responsible for two of Real’s goals in their 3-1 victory over Liverpool in Kiev on Saturday.
The 24-year-old German threw the ball into Real forward Karim Benzema and it bounced back into the net for the opening goal.

He then allowed Gareth Bale’s harmless shot to squirm through his hands for Real’s third goal in the closing minutes.

Karius was in tears after the final whistle and has been subjected to death threats and vile abuse on social media since the match.

Mignolet has made his share of mistakes during his Liverpool career and lost his place to Karius earlier this season.

But he empathises with the 24-year-old German’s plight and has offered to help.

The Belgian international believes Karius is mentally equipped to cope and expects him to be fine when Liverpool return to action next season.

“I know how it is. You need a bit of time. The good thing about this final is that he will have the summer to take it and go forward,” Mignolet said.

“If he wants to talk then of course I will be there. Every goalkeeper can relate to him.

“I’ve been in this situation before myself and those kind of things you deal with yourself.

“The only thing I told him is that there is a reason we got to this final, and why we played in this final, so think about that.

“But of course it is very difficult to say anything to him and to let him grasp it.

“He’s only young. I’m sure he will bounce back. I think we have all the tools at Liverpool as well to help him with that.”

Meanwhile, Liverpool defender Dejan Lovren is certain Jurgen Klopp’s side will make amends for their European heartache next term.

Lovren knows Liverpool’s run to the final was unexpected, but he says it underlined their emerging quality under Klopp.

“I promise that next year we will come back even stronger because I feel this team is growing every day.

“We beat the best teams in Europe. We beat Man City, who had a fantastic season in the Premier League.

“We showed again that Real Madrid respected us in some moments – they were defending quite deep.

“We need to find the positives. The manager is always positive. At the end, we will grow and I believe in this team that we can do it again next year.”

Until Liverpool’s star forward Mohamed Salah went off with a shoulder injury, Real were struggling to cope with the Reds’ incisive attacks.

And Lovren acknowledged the loss of their talisman — who scored 44 goals this season — was a hammer blow.

“It was also a big point when Mo was injured, it was a big change for us,” he said.

“Mo is one of the most important players for us and it’s not the same when you don’t have him on the pitch.

“The mindset is totally different when you have him on the pitch.

“It was difficult to accept that we, again, had such an unlucky moment with so many injuries.”