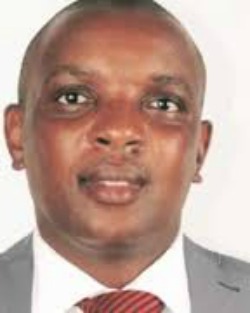 THE body of the late Moroka Swallows and Hellenic midfielder Edzai Kasinauyo was expected to be flown to Harare Thursday night.
Kasinauyo, 42, died in Johannesburg last Friday.
Family spokesperson Roddy Chakaipa said the body would lie in state at the family home on Friday before being taken to his final resting place at Glen Forest Memorial Park in Harare on Saturday.
“Everything is on track and has been finalised in South Africa and Zimbabwe,” said Chakaipa in a statement.
Chakaipa paid tribute to those who attended Kasinauyo’s memorial service at AFM Church in Kempton Park.
Current and former players like Robson Chisango, Benjani Mwaruwari, Tapuwa Kapini, Ian Gorowa, Endelbert Dinha and Matthew Rusike attended the event.
“We would like to thank family, friends and colleagues that gathered last night at AFM Church in Kempton Park and held a memorial service for Edzai.
“Everyone who spoke said the same positive things about our brother and it was just a lovely service.”Advertisement