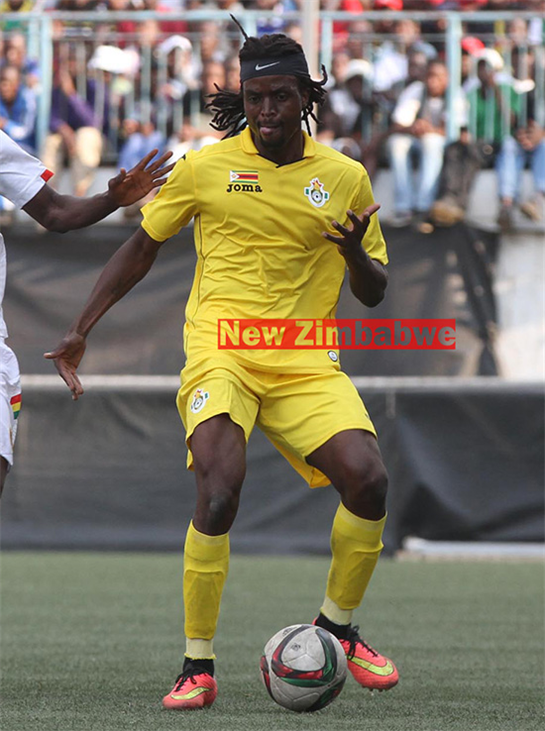 WARRIORS captain Willard Katsande has rallied his troops ahead of Saturday’s Group L 2017 African Cup of Nations qualifier against Guinea in Conakry.
The midfielder said there was still everything to play for despite Zimbabwe having secured qualification for the Finals in Gabon in January next year.
“It’s still a very important match for us. We have to end the campaign on a high so we need to give everything against Guinea,” said Katsande.
“I am happy with the performance of most of the players, even the local players I watch them on TV in south Africa. I follow the game from there and I am really impressed with the performance.
“We need to carry this to the national team.”
The Warriors have yet to be beaten in this campaign and will be looking to end the campaign on a winning note.
Meanwhile, Warriors coach Kalisto Pasuwa said he had drawn a programme in which he has lined up international friendlies against teams from west, east and north Africa as part of preparations for the January tournament.
He said the game against Guinea was important as Zimbabwe rarely play friendly matches against west African opposition.
“The game against Guinea is a game which is very important to us,” said Pasuwa.
“I thought maybe it’s a game which we should also look at in terms of our preparations for Afcon. The game helps us in terms of combinations. We normally don’t get opportunities to play friendly matches against west and east African teams.
“You find if we play teams in the southern region like Botswana and Malawi we will not benefit much so we have a programme which I will submit to my bosses to play friendly matches with teams like Tunisia and Algeria.
“It will help us give an indication of where we are in terms of our preparations for the Afcon tournament.”
Pasuwa however, said players still needed to continue improving as the team prepares for the January tournament.
A total of fifteen players, led by skipper Katsande reported for training on the first day on Monday with those based in Europe – Musona, Costa Nhamoinesu, Mushekwi and Marvellous Nakamba – the notable absentees.
Pasuwa said Mushekwi, whose Chinese club is battling for promotion into the money spinning super league, had asked to be excused because of club commitments while Musona, Nakamba and Nhamoinesu were expected to fly straight to Guinea from their bases.Advertisement

Midfielder Danny Phiri, who recently signed for South African Premiership side, Golden Arrows, was also one of the absentees after he asked to be excused as he settles at his new club.
And with Marshall Mudehwe having been involved in an accident on Saturday, Pasuwa said he had roped in Ronald Chitiyo as a replacement.
The Warriors, who are expected to leave for Guinea on Thursday, secured qualification for the biennial soccer show case in Group L with a game to spare after defeating Malawi.