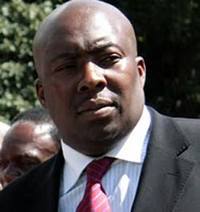 FOR decades, Marange has been known for nothing else save for poverty until some few years ago when the greatest and most spectacular find of the century was made in that area.
Expectations were high that the discovery of diamonds in Marange would revolutionize the livelihood of the residents of that arid land. The cake was just too big for Marange or Manicaland, thus it had to be shared nationally. However, Marange still remains the habitat of the poorest people in the country.
As a resident of Marange, I am in total agreement with the Minister of Local Government, Public Works and National Housing, Saviour Kasukuwere when he gentlemanly admitted that government let us down by letting companies that were operating in Chiadzwa loot the diamond proceeds.
Indeed, the nation in general and Marange in particular did not enjoy to the fullest, the God-given endowment. Marange Community received with shock the news that the diamonds were exhausted when they had not seen anything to show for their resource. They were still expecting dividends from the diamond proceeds realized daily by the unscrupulous mining firms.
These mines refused to comply with government directive of merging because they knew they had already got their easy pickings through their mechanized panning which only exploited the alluvial diamonds. It was alluvial diamonds which they had exhausted and were not prepared to go underground. They did not lose sleep over losing their operating licences because they had already stashed the diamonds proceeds in their offshore accounts.
A British Liberal Democrat, Lord David Chidgey, confirmed that the proceeds from Zimbabwe’s diamonds were being kept illegally in London banks.
“The (British) government has announced a new anti-corruption strategy and support for a wide range of international institutions and initiatives. However, what we now need to hear is the plan of action to end. There has been the misuse of companies, other legal entities and legal arrangements, including trusts, to hide the proceeds of corruption.
“How can we be taken seriously when the City of London is considered by many to be the money laundering capital of the world? London is the destination of choice, for example, for billions of dollars whisked out of The Crimea and the proceeds of the diamond fields of Zimbabwe and the bauxite mines of Guinea,” said Lord Chidgey in the House of Lords recently.Advertisement

The Auditor-General is said to have extended investigations into the looting of diamonds to London. We hope that the investigations will be fruitful and they must get full support of every Zimbabwean.
During the official opening of a Zanu PF and war veterans’ office at Bazel Bridge in Marange on Friday, Kasukuwere, who is also the party’s national political commissar, raised a ray of hope for the people of Zimunya-Marange who did not even benefit from the botched Zimunya-Marange Community Ownership Trust. He said government will do everything in its power to make sure that diamond looters face the music.
“When the diamonds were discovered here, we all thought that it will improve the livelihood of the people in this area. Now all we have are lots of theories on what could have happened to our diamonds. Why should the people of Marange remain poor when some people siphoned their riches to foreign countries? Kana zvichinzi tichasvina dumbu iroro madiamonds edu abude ticharisvina. Whoever stole the diamonds must face the full wrath of the law,” said Kasukuwere.
Indeed, if it means squeezing somebody’s stomach to recover our diamonds, let it be. Kasukuwere’s statement is all that the people of Marange were waiting to hear all along. Unfortunately it had to come from a child of Mashonaland Central to raise those concerns. Hopefully it’s not one of those political statements generously said at rallies. The people of Marange heard and kept the promise and one day they will remind you Kasukuwere on what became of the investigations into the looting of the diamonds.
Kasukuwere was dead right for expecting the improvement of the livelihood of the Zimunya-Marange residents upon the discovery of diamonds. Everybody thought and expected as much. However, the residents have been left poorer. Their land has been left in sheer degradation with some having been displaced and relocated to areas where there is not enough farming land. They had no problem with the relocation for they thought it was in the national interest to do so.
Some communities are benefitting from locally based resources. The Community Share Ownership Trust in other areas such as Mhondoro-Ngezi transformed the livelihood of the residents. Marange had no commercial farms due to its climatic conditions which are harsh to farming. As a result, the residents did not benefit much from the Land Reform programme. The discovery of diamonds had given hope to the poor residents who thought it would put them on equal footing with land reform beneficiaries.
Government is even failing to pay its workers on time when such a precious stone has been mined in the country for 10 years. President Mugabe also told the nation that the country lost about $15 billion diamond money through looting and leakages.
A serious investigation must get to the bottom of this matter and explain a lot of mysteries surrounding the diamond looting. One of the mysteries to be explained is why the diamonds were stolen at that colossal magnitude when government was in partnership with all the firms that were operating in Chiadzwa.
There was the ministry of Mines and Mining Development that played an oversight role over the mining operations in Chiadzwa. There was Zimbabwe Mining Development Corporation (ZMDC) which was in partnership with all the mining firms on behalf of government. There were government appointees in the boards of those mining companies. Where were all these people when the diamonds were looted?