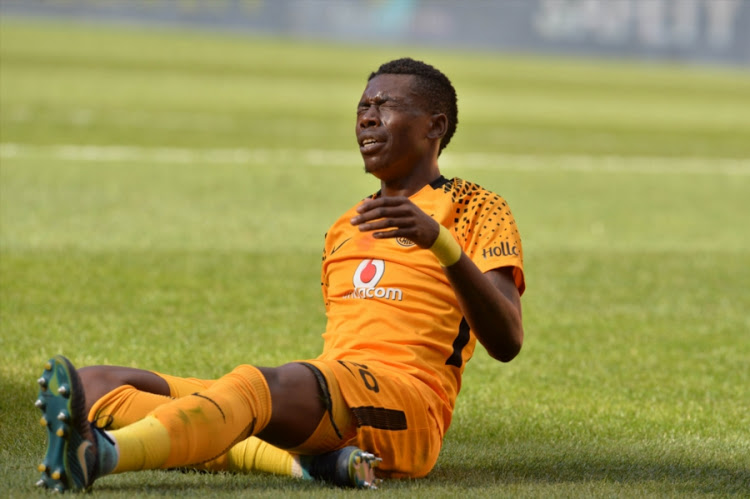 Kaizer Chiefs midfielder Willard Katsande is confident teammate Teenage Hadebe will prove equal to the task of repelling the fearsome Democratic Republic of Congo forward line in Saturday’s Africa Cup of Nations qualifier despite his apparent lack of match fitness.

Hadebe was in imperious form as Zimbabwe held Congo-Brazzaville to a 1-1 draw in an Africa Cup of Nations qualifier early last month, but he has since struggled to reclaim his status as a regular in the Chiefs set up.

The 22-year-old could not even make the matchday squad as the Soweto giants were upset 1-0 by Polokwane City at the weekend, and it is an experience he is having to learn to live with.

However, Hadebe is expected to take his place alongside Alec Mudimu in central defence as the Warriors play heavyweights DRC in their own backyard on Saturday, with the return leg set for Harare three days later.

The organisation, resolve and composure of the defensive line could prove pivotal to Zimbabwe’s chances of emerging from the double-header with something to show for their efforts, particularly given the quality of attacking options at the disposal of DRC coach Florent Ibenge.

The Leopards can call upon any of Yannick Bolasie, Cedric Bakambu, Benik Afobe, Chadrack Akolo and Gael Kakuta to help unlock the Zimbabwe rearguard, but former Zimbabwe skipper Katsande believes Hadebe is up to the task.

“Hadebe is fine and he has been available for our matches,” Katsande told KweséESPN. “It’s just that coaches sometimes have their own opinions in terms of [the lineup], but I have no doubt that he is in fine shape to do a good job for Zimbabwe.

“He is our key defender and even if you look at the Congo game, he had just returned from injury but he was there, winning most of the tackles.

“That shows his quality and importance to the national team.”

Hadebe’s tough tackling and intelligent interceptions are vital assets, but his composure on the ball and ability to pick a pass could also prove crucial in a match where Zimbabwe are expected to play on the back foot and look to rattle the hosts on the break.

Mudimu is a ball player too, but Zimbabwe were dealt another blow at the weekend when emerging left-back talent Devine Lunga of South African side Golden Arrows withdrew from the travelling party following an ankle injury.

Bloemfontein Celtic man Ronald Pfumbidzai appears to be the man most likely to take his place in the starting XI.

The diaspora-born 26-year-old, solid in defence and also useful in attack, should bring some much needed dynamism down the right channel.

Chidzambwa himself could barely conceal his excitement as Darikwa touched base on Monday.

“Darikwa [is] something that we have been waiting for, for a long time,” Chidzambwa told the Herald. “It’s a plus for us.

“No doubt he is a good player and now that he is here, we wish him all the best. We are hoping to work together as a team.”