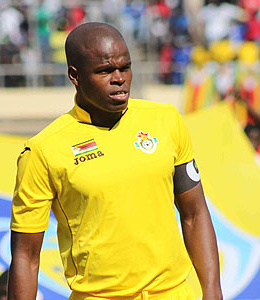 WARRIORS captain Willard Katsande says they are taking Sunday’s international friendly match against Tanzania seriously at the National Sports Stadium.
Zimbabwe host Tanzania as part of preparations for next January’s Afcon finals to be staged in Gabon.
The Warriors are in Group B together with continental powerhouses Algeria, Senegal and Tunisia.
After missing last month’s Fifa international week, Zifa this time around finally managed to secure an international friendly match, for the Warriors.
And Katsande who captained the Warriors to the Afcon finals, feels the Tanzania match is crucial in fine-tuning the team, before the Gabon tournament.
“It is always good to be together again as players. We need such games so that we create and maintain combinations and team spirit,” Katsande said.
“We are taking this match seriously, as if our lives depend on it. Whatever result comes out of it is fine with us but, the most important thing is getting game time. Remember this is the national team and we do not get the chance to play together every day. We will put all our efforts in this match and remain focused for Afcon.”
According to Zifa president Philip Chiyangwa, Zimbabwe are set to play Ivory Coast on Boxing Day in another international friendly game. Coach Callisto Pasuwa, has proposed that Zimbabwe play two North African teams to prepare for Algeria and Tunisia.
Egypt are said to be interested to play the Warriors just before the start of Afcon.Advertisement