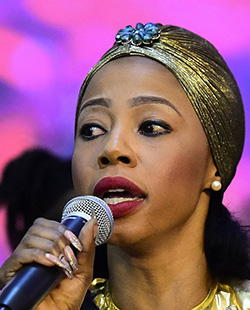 IMAGINE looking down a long dusty road, as an old bus drove away with your only parent, your mother. Imagine the deafening screams of your little sister crying for your mother as she left you with relatives in Africa’s rural areas as she had succumbed to the pressures of being an only parent.
Imagine knowing that your friends were not only in the city but could cuddle their mums every night while you struggled with your emotions and the obvious sense of detachment at being in this unfamiliar place… with unfamiliar people.
Most of us are quick to judge Kelly Khumalo by the inadequate and inaccurate stories designed to shock and awe us into a whirlwind of intrigue with her. While the truth has been exaggerated a million fold it’s also true and honest to reflect on the trials and tribulations that she has been through. Ironically she grew up dirt poor; her strong veneer, strangely, the result of a difficult childhood, not affluence.
A Hollywood script writer would struggle to pen a story with all the timeless connotations of rags to riches, love, heartbreak, murder, conspiracy, happiness and unforgiving tragedy.
As she boards the flight in May, on her way to perform, on a tour that will take her across UK, one cannot but wonder how she blocks out all those distractions and lets out the undeniable power of her voice.
She has used her voice as a tool she used to escape a life of poverty, the same tool that she can easily use to command melancholy, exuberance, pain and joy to anyone who dares to listen to the song bird that is Kelly Khumalo. Even the loudest and harshest critics of her colourful personal life are silenced by her breath-taking stage performances.
Duke Maplanka, a spokesman for Elite Promotions the company bringing her to UK said, “Kelly can’t wait to come to UK.
“She has waited for the right time to come and perform for her fans and give them a chance to hear her live renditions of her hit collection and her new award winning songs like Asine and Somizi.”
Kelly Khumalo will be performing On the May bank holiday weekend. On Friday the 1st of May Kelly will open her Tour at the impressive Middleton Arena in Manchester and on Saturday the 2nd of May she will be at Club society formerly known as Club Platinum in Coventry.
The Duke added: “The response has been huge and shows just how media savvy the general public are and they love Kelly and pay no mind to the negative drivel media outlets sell about her.”Advertisement