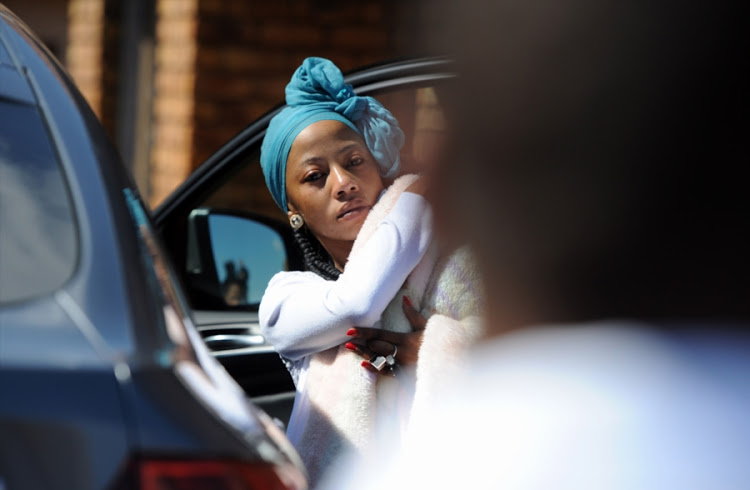 According to the reports, three celebrities and a top cop are facing imminent arrest for defeating the ends of justice in the Meyiwa murder case, while a fourth celebrity faces arrest for the murder of the goalie.

Taking to Instagram on Monday evening Kelly expressed what it felt like to have her name constantly dragged into calls for justice for her late former boyfriend.

“One thing that life’s taught me is that nothing will ever be easy or fair for a woman or WOMEN like me, I often think maybe it’s the way that I was designed or the way I carry myself?” she writes, adding that she doesn’t seek pity from anyone.

“I’m done being a doormat, I’m done being a punching bag…If you strongly feel, believe and have evidence that I had something to do with my daughter’s father’s killing or I’m somehow protecting the killers? Then by all means necessary do lock me away and throw away the key,” she lashes out, saying she was guilty only of “falling in love with a dishonest married man.”

It’s not the first time the Jehova hitmaker has had to address her name being dragged into Meyiwa’s murder and cyber bullies trolling her over his death.