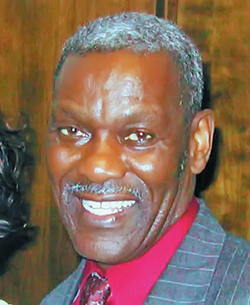 The Supreme Court dismissed the case against Jestina Mukoko on the grounds that the state had violated her human rights, a matter which the state did not contest, because the state agents are very proud of their record of torture and inhuman treatment. To dispute the charges would have tarnished their record.
THE most generous interpretation of the governing elite is that of a ruling class made up of stalwart nationalists with sacrificial experience in the liberation war. In order to make sure that Zimbabwe would never be a colony again, these stalwarts were allowed some liberties, namely freedom from prosecution for common infractions. This gave them security of tenure to prosecute the revolution to its fullest.
This style of government first reared its head with the Sandura Commission when Minister Frederick Shava was sprung from prison, rehabilitated and later rewarded with an ambassadorship.
My estimate is that there are 5,000 such stalwarts, who then formed a mafia type monopolistic fee-collecting cabal. If the truth be known, these Mafioso get away with duty free goods, fly on Air Zimbabwe free of charge, pad their portfolios so that one tenth of their expenditures are allocated to travel expenses, can buy Jeep Cherokees from government departments at U$900 a piece, own “grab-farms and equipment,’’ do not pay tolls, have government parking stickers that allow them to park on prohibited spaces, do not declare their incomes to Internal Revenue, receive state scholarships for their children, and the list is endless.
But they have now reached the end of the road. Like vampires, they have drunk the blood out of the economy, and the population has become wiser. They hide their money under their pillows, or keep it in Botswana bank accounts.
Shameless
After examining more than fifty case studies of this Mafioso, I came to the conclusion that something horrible happened during the war; the indoctrination that concluded that missionaries, colonialists and the white people were parts of one body, each practicing a separate gift, but put together making the colonial whole stronger. The effect was that the fighters were liberated from a sense of right and wrong, the powerful prevailed, and the weaker were swallowed. In short, there is a unique sense of shamelessness and entitlement among these Mafioso.Advertisement