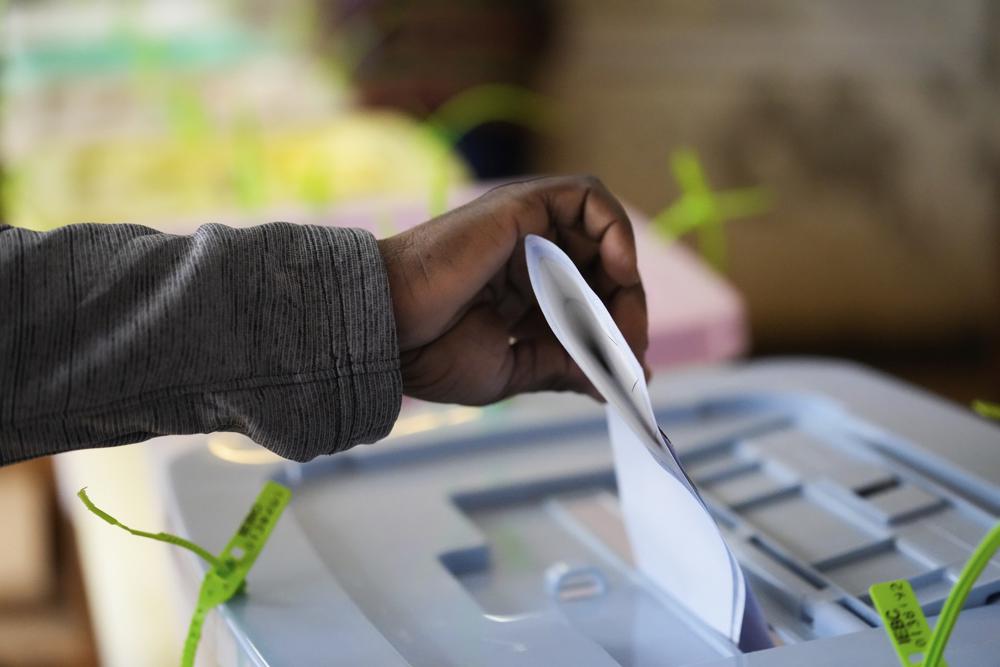 NAIROBI: Kenyans are voting Tuesday in an unusual presidential election, where a longtime opposition leader who is backed by the outgoing president faces the brash deputy president who styles himself as the outsider and a “hustler.”

The election is considered close but calm, and East Africa’s economic hub could see a presidential runoff for the first time. Economic issues such as widespread corruption could be of greater importance than the ethnic tensions that have marked past votes with sometimes deadly results.

Kenya is a standout with its relatively democratic system in a region where some leaders are notorious for clinging to power for decades. Its stability is crucial for foreign investors, the most humble of street vendors and troubled neighbors like Ethiopia and Somalia.

The top candidates are Raila Odinga, a democracy campaigner who has vied for the presidency for a quarter-century, and 55-year-old Deputy President William Ruto, who has stressed his journey from a humble childhood to appeal to millions of struggling Kenyans long accustomed to political dynasties.

“In moments like this is when the mighty and the powerful come to the realization that it is the simple and the ordinary that eventually make the choice,” Ruto told journalists. “I look forward to our victorious day.” He urged Kenyans to be peaceful and respect others’ choices.

“I have confidence that the people of Kenya are going to speak loudly in favour of democratic change,” Odinga told journalists. A cheering crowd jogged alongside his convoy as he arrived to vote in Nairobi.

Outgoing President Uhuru Kenyatta, the son of Kenya’s first president, cut across the usual ethnic lines and angered Ruto by backing longtime rival Odinga after their bitter 2017 election contest. But both Odinga and Ruto have chosen running mates from the country’s largest ethnic group, the Kikuyu.

The 77-year-old Odinga made history by choosing running mate Martha Karua, a former justice minister and the first woman to be a leading contender for the deputy presidency. She has inspired many women in a country where female candidates commonly face harassment.

Rising food and fuel prices, debt at 67% of GDP, youth unemployment at 40% and corruption put economic issues at the center of an election in which unregulated campaign spending highlighted the country’s inequality. But personalities still matter.

“We need mature people to lead, not someone who abuses people. Someone who respects elders,” said 55-year-old teacher Rosemary Mulima, who arrived at a polling station on Nairobi’s outskirts to find about 500 people in line before dawn. She had “very high” hopes for Odinga on his fifth try,

Others were seeing a lower turnout than the 80% five years ago and blamed voter apathy. The electoral commission signed up less than half of the new voters it had hoped for, just 2.5 million.

“The problems from (the previous election), the economy, the day-to-day life, are still here,” said 38-year-old shopkeeper Adrian Kibera, who wasn’t sure he would vote. “We don’t have good choices,” he said, calling Odinga too old and Ruto too inexperienced.

Difficulties were reported at times with the electronic voting system, and presidential candidate George Wajackoyah told journalists that some voting kits in his stronghold weren’t working. Though polling in low single figures, Wajackoyah and his pledges to legalize marijuana have prompted questions over whether he could draw enough votes to force a runoff.

The Independent Electoral and Boundaries Commission told journalists that about 200 voting kits had failed out of more than 46,000, calling it “not widespread” and a “normal thing” for technology to break down at times. It also said more than 6.5 million people had voted by midday, or about 30% of the 22 million registered.

Kenyans hope for a peaceful vote. Elections can be exceptionally troubled, as in 2007 when the country exploded after Odinga claimed the vote had been stolen from him and more than 1,000 people were killed. Ruto was indicted by the International Criminal Court for crimes against humanity for his role in the violence, but his case was terminated amid allegations of witness tampering.

In 2017, the high court overturned the election results, a first in Africa, after Odinga challenged them over irregularities. He boycotted the new vote and proclaimed himself the “people’s president,” bringing allegations of treason. A public handshake between him and Kenyatta calmed the crisis.

This is likely Odinga’s last try, and Kenyans and election observers are waiting to see how his often passionate supporters react to the results and any allegations of rigging.

Ruto and Odinga have said they will accept the official results — if the vote is free and fair. “It is every Kenyan’s hope,” the president told journalists.

Results must be announced within a week, but impatience is expected if they don’t come before this weekend.

“What we want to try to avoid is a long period of anxiety, of suspense,” said Bruce Golding, who leads the Commonwealth election observer group.