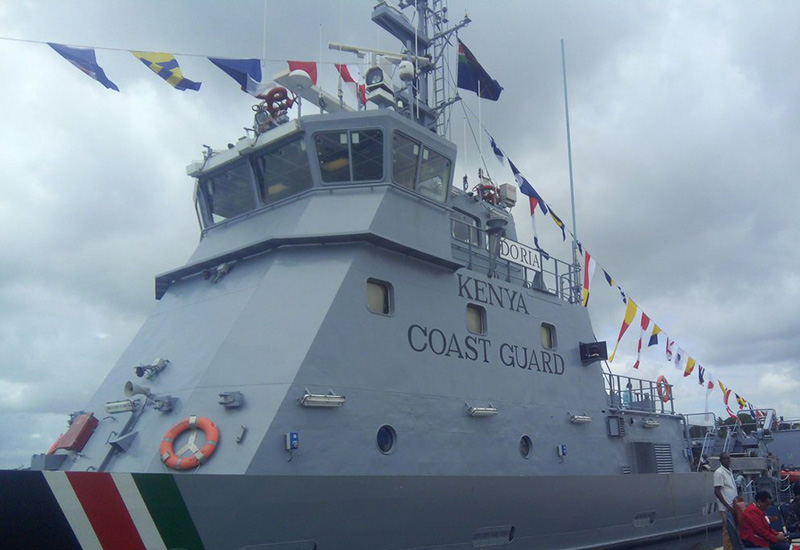 Kenya’s president has launched the country’s first coastguard to protect and monitor its territorial waters.

It will guard against illegal fishing, which President Uhuru Kenyatta says costs Kenya about $100m a year.

It is also intended to secure territorial waters against smuggling and drug trafficking.

Until now, Kenya’s maritime security depended solely on the Navy. Authorities say it will now be free to focus on security and military affairs.

But Kenya’s coastguard currently only has one boat, which means the new force will still rely heavily on the Navy until it finds its footing, says the BBC’s Ferdinand Omondi in the capital, Nairobi.

The Navy has often undertaken joint anti-drugs operations with other security forces in the coastal city of Mombasa. In 2014 on President Kenyatta’s orders, it destroyed a ship alleged to have been carrying illegal drugs worth $12.6m (£9.8m).

Launching the coastguard unit near the shore of Mombasa, President Kenyatta unveiled the vessel – called the MV Doria – that has been commissioned for surveillance purposes.

At the event, Kenyatta said foreign vessels trawling Kenyan waters was a major concern. He later tweeted about the need to guard against foreign vessels who “steal our fish”.

Many African countries complain that foreign trawlers come into their waters and steal their fish.

Fishermen in the West African nations of Senegal and Mauritania say the mass production of fishmeal by foreigners is depleting fish stocks.

Piracy off the coast of Somalia, usually for ransom, reached its peak in 2011but has reduced significantly in recent years, in part because of extensive international military patrols as well as support for local fishing communities.

Some Somali fishermen turned to piracy after their livelihoods were destroyed by illegal fishing from foreign trawlers, who benefited from the lack of a functioning coastguard in the country following years of conflict.