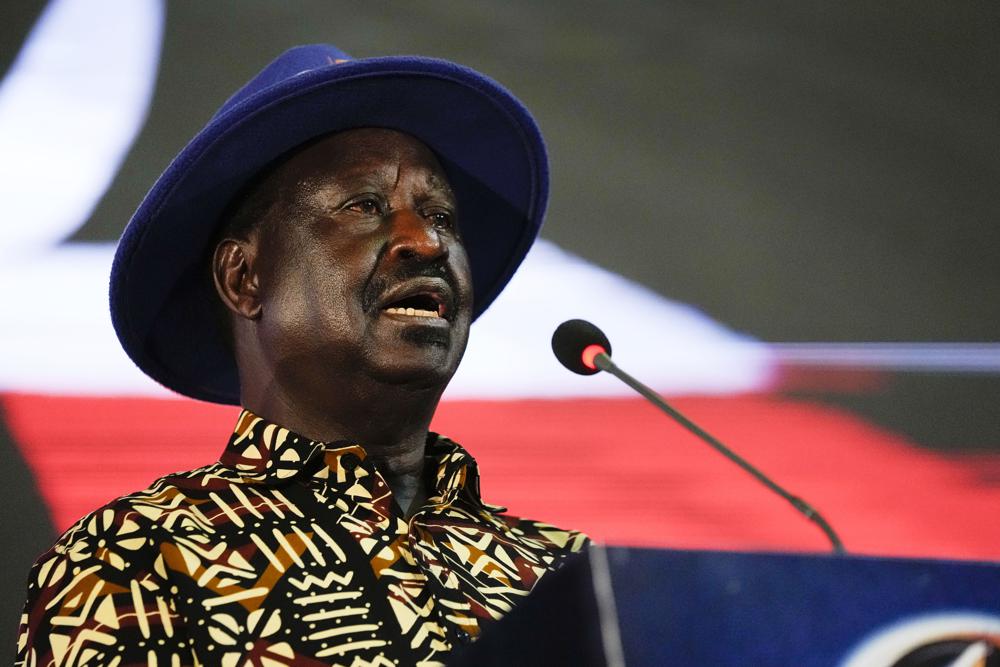 Odinga arrived to cheers Monday and helped to hoist boxes of material for the petition into place, starting the 14-day period in which the court must rule. At least one other petition was filed by human rights figures.

Deputy President William Ruto was declared the winner of the close Aug. 9 election. The peaceful election turned chaotic in the final minutes before the declaration when the electoral commission split and a majority of commissioners said they couldn’t support the results.

The dissenting commissioners and the chairman have traded accusations of misconduct, extending the uncertainty in East Africa’s most stable democracy. Until then, the election had been seen as the country’s most transparent, with the commission posting more than 46,000 results forms online from polling stations for anyone to do the math themselves.

President Uhuru Kenyatta backed former rival and longtime opposition leader Odinga against his own deputy, Ruto. He still has not spoken publicly since he cast his vote. Kenyatta spokeswoman Kanze Dena didn’t reply when asked when he might make a statement.

This is the 77-year-old Odinga’s fifth and likely final try at the presidency. His court challenge to the 2017 election led to the court overturning the results over irregularities, a first in Africa. He boycotted the fresh election, but his challenge led to reforms this time around.