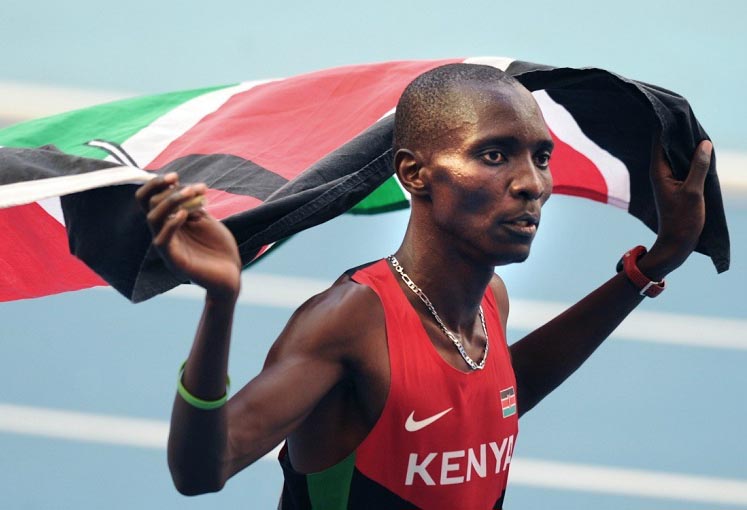 KENYAN track star Asbel Kiprop on Thursday “vehemently denied” doping, suggesting an out-of-competition sample he gave could have been contaminated by two anti-doping agents he suspects might have targeted him for extortion.

“I vehemently deny any doping. I have remained faithful to my anti-doping convictions and I will be the last person to commit such an atrocious un-sports like thing,” he said in a 20-point, 1,200-word WhatsApp message.

Kiprop claims that on November 26, 2017, he was notified by an anti-doping agent whom he named as “Simon Karugu ‘Mburu'” to be available for a doping test the following day, a procedure not in line with WADA doping control regulations.

‘Mburu’ was accompanied by fellow doping control officer Paul Scott, both known to Kiprop from previous samplings, to take a urine sample.

The former, according to Kiprop, asked for an unspecified amount of money, which the runner forwarded through his mobile phone via a money-transfer service, having left his sample in the presence of the two agents.

“I did not at the time expect that the request for the money had anything to do with the sample,” said Kiprop.

“At that time I did not see the money as inducement or bribe for anything. I gave it in good faith thinking they may have some need known to them. In retrospect I now clearly see the money as having a relation with the sample collected on that date, and even the irregular advance notice I was given.

“I remain perplexed on how my innocent sample could turn positive on the only time when money was extorted from me. It is not beyond my suspicion that my sample turned positive because I might have remitted less money than I was expected to remit.

“I don’t know if the amount I remitted could have been less than what was expected from me, and if it caused annoyance that may have resulted in the contamination of the sample.”

Kiprop said he had been left “extremely shocked” when informed of the positive test, on February 3. “I was however very confident the mistake alleging I doped would be noted and I would be cleared. The nightmare has continued.

“I did not dope. I do not labour under the weight of the shame of doping.”

“WADA (the World Anti-Doping Agency) protocol is strict on such matters. It’s prudent to approach this issue with caution as it’s not really conclusive as we speak,” said AK executive committee member Barnabas Korir.

“The process to determine the allegations is ongoing and it takes time. AK at this moment cannot confirm or deny the same.”

It would be a serious blow to Kenyan athletics if it is confirmed that Kiprop, one of the biggest names in the country’s stellar cast of middle-distance athletes, has tested positive for the endurance-enhancing drug.

Kiprop originally came second in the 1500m final at the 2008 Beijing Olympics but was upgraded when Rashid Ramzi tested positive for a performance-enhancing drug and was stripped of the gold medal.

Kenya has been fighting intense criticism of its anti-doping efforts after more than 40 athletes tested positive over the past five years.

Three years ago, Kenya was rated “non-compliant” by WADA before being reinstated prior to the Rio Olympics.