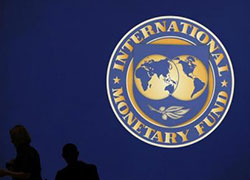 KENYA’S government plans to cut some non-priority spending this financial year to balance the books after its borrowing costs rose, the International Monetary Fund’s resident representative said.
Higher lending rates are also likely to impact economic growth, which might reach 6 percent in 2015, IMF Kenya representative Armando Morales said, short of the government’s target of 6.9 percent. The economy grew 5.5 percent in the second quarter and 5.3 percent in 2014.
“They need to offset those (higher borrowing costs) in the same budget envelope and …that is what they intend to do,” Morales told Reuters in an interview.
Kenya, whose financial year runs from July to June, was granted a standby IMF lending facility in February.
Finance Minister Henry Rotich told Reuters in August the budget deficit would be cut to stabilise the shilling, which has fallen about 12 percent against the dollar this year.
The IMF was offering technical support to help Kenya shore up its tax revenues, Morales said.
“Without a significant improvement in taxes, fiscal consolidation will be more difficult so it’s a key element,” Morales said.
Shock well handled
In response to the weaker shilling and rising inflation, the central bank has hiked the benchmark lending rate by 3 percentage points since June, to 11.50 percent.
Short-term debt yields have also risen, with the weighted average interest rate on the benchmark 91-day Treasury bill jumping to 20.637 percent at an auction last week from 18.607 percent previously.
After flirting with all-time lows, the shilling has recovered some ground in the past two weeks and annual inflation has also eased, to below 6 percent, from a peak of 7.08 percent in April.
“The major shock was handled very well so any impact in the future won’t create as much turmoil as it could have at the beginning of this depreciation,” Morales said of the shilling.
The Treasury set the fiscal deficit at 570 billion shillings ($5.54 billion), or 8.7 percent of gross domestic product, for the current financial year, with part to be plugged from international credit markets.
Morales said Kenya could still borrow from international markets, but should look at already tested instruments such as a Eurobond or syndicated loan rather than a new route, such as an Islamic sukuk bond or samurai bond.Advertisement

The government had suggested it could return to the capital market with a new instrument.
“They have to strike a balance between trying to access new markets with trying to get financing on time,” he said.
On the economic front there were “some good things happening.”