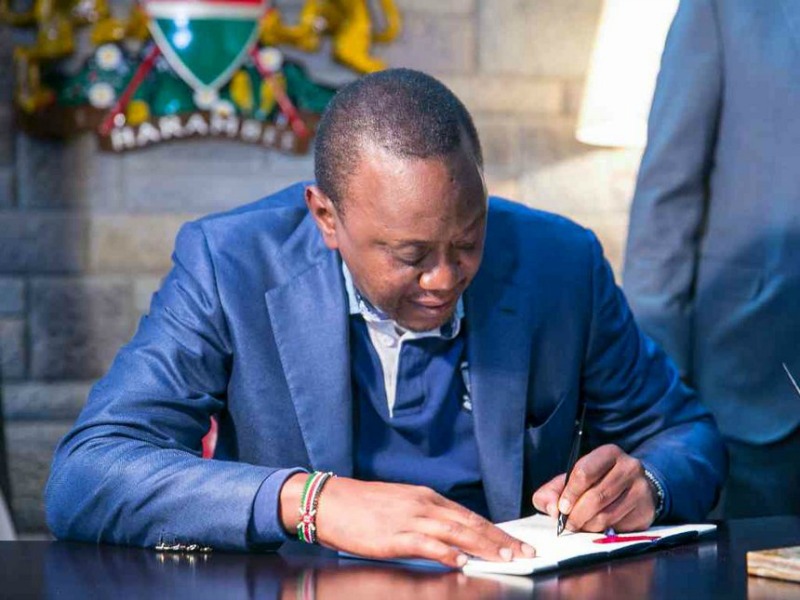 Jubilee leaders in Mt Kenya and Nairobi have castigated their Rift Valley counterparts for storming out of a function attended by President Uhuru Kenyatta on Monday.

MPs Ngunjiri Wambugu (Nyeri Town, Rigathi Gachagua (Mathira), Maoka Maore (Imenti North) and Nairobi Senator Johnston Sakaja also accused the lawmakers of blackmailing Mr Kenyatta by demanding that he talks politics “yet he has not reneged on the agreement to support Deputy President William Ruto in 2022”.

The Jubilee leaders talked of a plot to make Mr Kenyatta a lame duck president.

“What the MPs from Bomet County did was disrespectful to our Head of State. You do not walk out on the President,” Sakaja said yesterday.

“The MPs should have voiced their displeasure afterwards but the governor and the President should have acknowledged them. They are the leaders who mobilised locals to vote for the President,” Kigano said.

“Allowing the leaders to wave at residents would have taken little time”.

Wambugu, a critic of Mr Ruto, said his colleagues’ behaviour “shows that they will not respect Mr Kenyatta once he leaves office”.

He said the MPs were snubbed due to their insistence that the President confirms his position on the 2022 succession debate.

“If these people disrespect Uhuru while he is still President, what will they do when he retires? This should be an eye-opener to voters in Mt Kenya. They should see how disrespectful some MPs can be. We must rethink our strategy,” Wambugu said.

The Nyeri Town MP added that the walkout showed the attitude MPs from the Rift Valley have towards the President.

“If some people misbehaved, that has nothing to with our backing for Ruto,” Mr Gachagua added.

Maore said the walkout was premeditated and well-choreographed.

He added that since the leaders spent the previous day at a political rally, they should have allowed the President “to attend to his busy schedule”.

“The politics on Sunday should have been enough. Unfortunately, they wanted to dramatise innuendo and excitement. Nobody should attempt to make Mr Kenyatta a lame duck leader or underestimate his resolve,” he said

Some lawmakers declined to comment on the matter, insisting that the media had blown it out of proportion.

Kieni MP Kanini Kega said the lawmakers did not storm out of the function in protest against the President, insisting that local politics contributed to the turn of events.

Meanwhile, Governor Laboso has offered an olive branch to the seven MPs.

The county boss said she is ready to meet the leaders and discuss the issues that may have led to the protocol hitch as the President opened a tuition block at Bomet University College.

“It is unfortunate that local politics has overshadowed the Lake Region Economic Bloc conference, the first such summit to be attended by the President and his deputy,” Dr Laboso said.

While welcoming the President to the function, Dr Laboso and Kakamega Governor Wycliffe Oparanya said the bloc was formed for the sole purpose of economic empowerment and that politics was not part of the script.