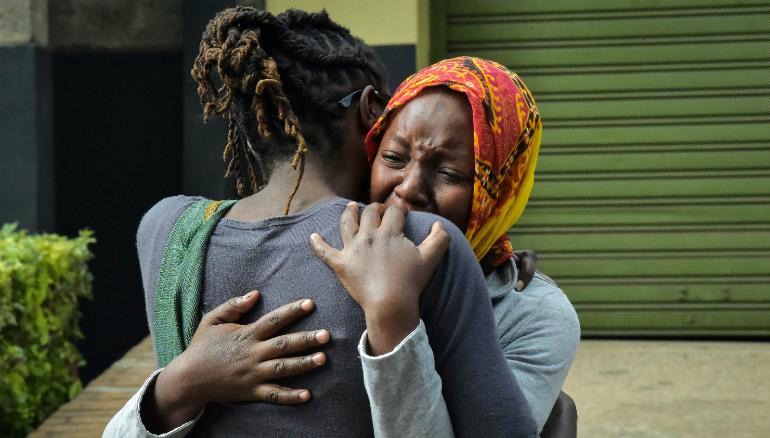 At least 15 people have been killed in Kenya by police during the nationwide dusk-to-dawn curfew, aimed at curbing the spread of coronavirus, a report by the country’s Independent Police Oversight Authority (IPOA) says.

Six police officers will now be charged with murder and assault, for their alleged involvement in shootings while enforcing the restrictions, it says.

A separate report by the UN human rights office has documented widespread police violence in 182 communities across the country, including beating, use of live ammunition and tear gas, sexual violence, and damage to property.

The highest number of incidents relating to excessive use of force by police were documented in the capital, Nairobi.

Hussein Moyo’s 13-year-old son, Yassin, was allegedly shot in the stomach by police in Nairobi on 28 March, just a day after the dusk-to-dawn curfew was implemented in a bid to prevent the spread of coronavirus.

He had been standing together with his family on their third-floor balcony watching police storm the neighbourhood in search of people who were not abiding by the curfew.

Yassin’s case is one of those confirmed by the police oversight authority and now the director of public prosecutions has approved the arrest and prosecution of a police officer.

Police spokesperson Charles Owino told the BBC the findings in the IPOA report were simply allegations and complaints filed by the public and every case mentioned would need to be investigated.

With regard to Yassin he said the shooting was accidental as the police officer wanted to disperse the crowd by shooting into the air.

He said it was unfair to portray the police as “killers” at a time when they were on the front line enforcing coronavirus restrictions.

The government says it has pumped millions of dollars into police service reforms since the 2007/8 post-election violence which left more than 1,000 people dead and at least 300,000 displaced. Police were accused of causing up to 400 of the deaths.

But critics say little has changed  and people in poor settlements in the capital like Mathare say they want justice.