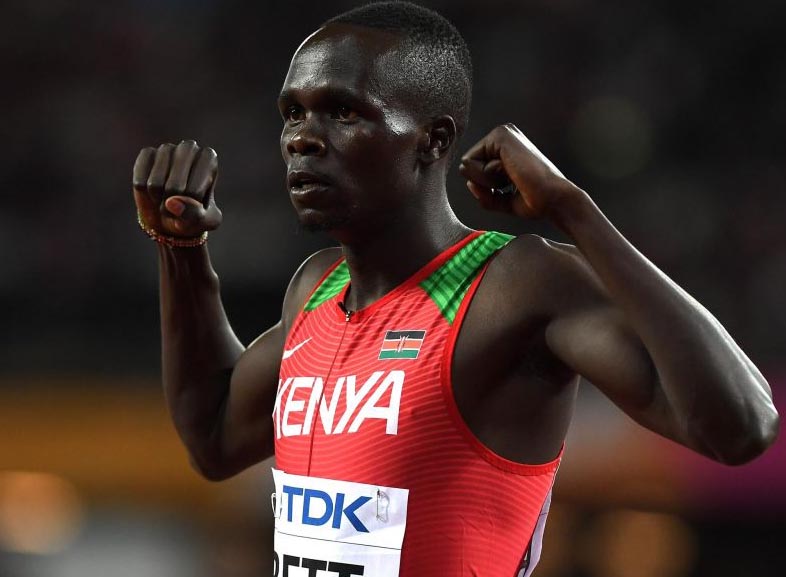 The 800 meters world championships bronze medalist Kipyegon Bett faces a four-year ban after the Kenyan runner tested positive for the blood-booster EPO, having already been suspended and charged with evading a doping check.

The failed test was announced by the Athletics Integrity Unit, which handles doping cases for the IAAF.

The 20-year-old Bett, world junior champion in 2016, was suspended two weeks ago for “refusing or failing to submit” to a doping test. He now faces a ban 12 months after he won bronze at the London worlds.

Bett is the fourth Kenyan to face doping charges since the start of the year, and another high-profile athlete from the East African distance-running powerhouse to test positive for EPO.

Kenya’s track and field reputation has been seriously damaged by the upsurge in doping cases in recent years, which has been accompanied by multiple incidents of corruption in the anti-doping system.

In one of the latest cases, Asbel Kiprop, the 2008 Olympic champion and three-time world champion over 1500 meters, is facing a disciplinary tribunal after being charged with using EPO.

His case revealed a doping officer tipped him off beforehand about the supposedly secret drug test and received money from Kiprop.

Ruth Jebet, the Kenya-born 3,000-meter steeplechase prodigy who won gold at the 2016 Olympics at the age of 19, was also suspended this year and charged with using EPO. 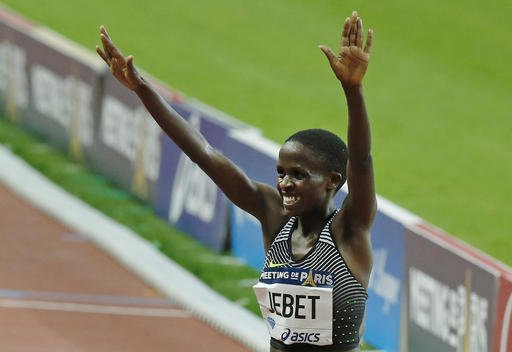 Jebet, who runs for Bahrain, won the Asian senior title at the age of 16 and broke the world record when she was 19.

Olympic marathon champion Jemima Sumgong, the first woman to win Olympic gold in the marathon for Kenya, was banned for four years for EPO use last November after a tribunal rejected her explanation that the hormone was in her system because she underwent treatment for an ectopic pregnancy. There was no record of her hospital visit.

Sumgong’s failed test was in February 2017, after her gold at the Rio de Janeiro Olympics, meaning she wasn’t stripped of the medal. The Anti-Doping Agency of Kenya said it believed she was taking EPO ahead of the defense of her London Marathon title in April 2017.