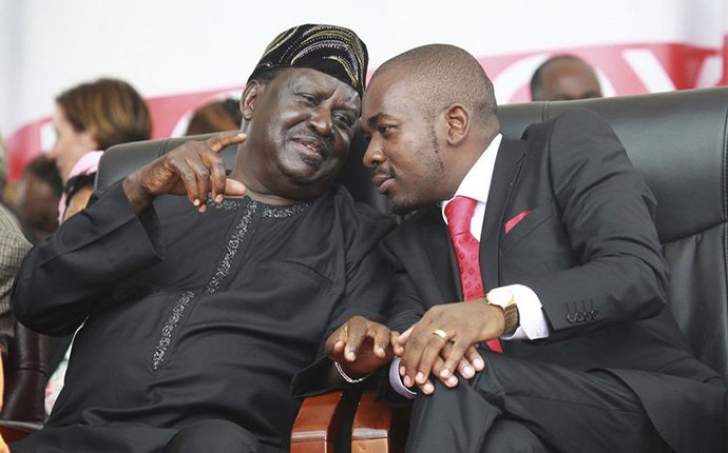 A KENYAN national wanted by Zimbabwe police in connection with the deadly violence which rocked Harare last week has denied involvement in the tragic clashes, saying he left the country well before the clashes.

ZRP national spokesperson revealed at the weekend that police were keen to speak to Kenyan Silas Jakakimba in connection with last Wednesday’s violence which left six people dead and several others injured.

“The Zimbabwe Republic Police is keen to interview Silas Jakakimba, a Kenyan national in connection with the disturbances which occurred in Harare on 1st August 2018.

“Members of the public with information of his whereabouts should contact CID Law and Order,” the police spokesperson said in a statement at the weekend.

However, speaking from his Kenyan base, Jakakimba said when he left Harare on Tuesday, the Zimbabwean capital was “normal, folks warm and welcoming, streets busy and skies clear-blue”.

Jakakimba is linked to Kenya’s opposition Orange Democratic Movement (ODM) which has a close working relationship with Zimbabwe’s MDC-T party.

Jakakimba attended MDC Alliance leader Nelson Chamisa’s last campaign rally in Harare where he was introduced by the latter as representing Odinga.

In a statement issued through his lawyers Monday, the activist said there was not even the remotest link between his presence in Zimbabwe and last week’s violence.

“I arrived on Friday July 27, on the eve of that major rally. If you check YouTube footage, you will notice Nelson Chamisa informing the mammoth crowd that ‘the Alliance is pleased to welcome goodwill message from Raila,” reads the statement.

“Even so, it is a matter of intercontinental public domain that ODM and its top leadership have had a relationship with the MDC and its then leader, the late Morgan Tsvangirai.”

“Notably, both formations have been dedicated grassroots change movements on the continent and this informs the close linkages between the two.”

“You would be interested to note that there is nothing irregular at all in this. In 2012, Tsvangirai himself was the chief guest at ODM’s National Convention where Raila was publicly installed as the ODM presidential candidate.”

The ODM party has also dismissed the allegations from Harare, saying it had no capacity to influence elections in Zimbabwe.

“Zanu-PF should have accepted a transparent electoral process and should have refrained from what is now becoming the normal way of life in Africa — the fixing of electoral outcomes by incumbents.”