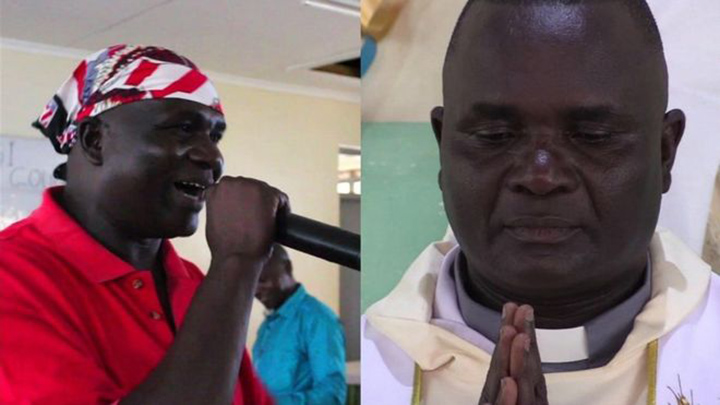 NAIROBI: A Catholic priest in Kenya has been suspended from leading public mass for a year because he rapped during sermons, his superior has told the BBC.

Father Paul Ogallo, who was nicknamed “Sweet Paul”, had to “choose between being a rapper and a priest”.

The sacred and the secular could not mix, added Bishop Philip Anyolo, of the Homa Bay Diocese in western Kenya.

But the bishop insisted Father Ogallo could use rap and drama to preach to young people – just not from the altar.

After mass, Father Ogallo would change from his priest’s robes into his rapper’s outfit of T-shirt and bandana.

Explaining his alter ego, he told the BBC last month: “Young people call me ‘Sweet Paul’ because I rap sweet”.

He said he adopted his unconventional style because he wanted young people to be entertained safely at the church, instead of at unsafe venues.

An incident in 2004 when three young people were trampled to death at a music event in Nairobi was the trigger, he added.

The priest, who was suspended last month, now has a year to think about the seriousness of life as a clergyman, Bishop Anyolo said.

His suspension means he cannot be the main priest during public mass or administer Holy Communion, but is allowed to lead private mass.

Father Ogallo has not commented on his suspension.