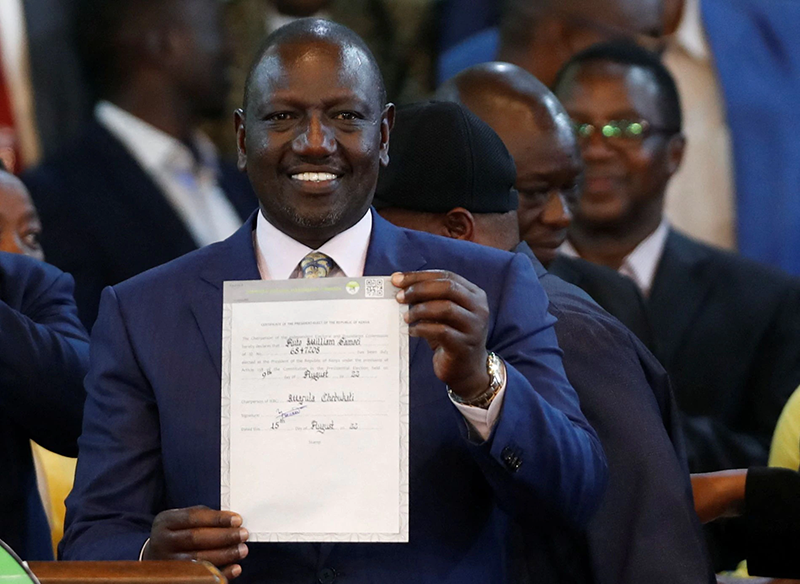 SAMBUT: In the rolling red hills outside the western Kenyan town of Eldoret, residents remember William Ruto as a barefoot schoolboy who used to sell chickens at a roadside stall.

Even then he possessed a fierce intelligence, they recalled, as they welcomed his ascent on Monday to his country’s presidency with a mixture of pride and disbelief. read more

“I could not imagine somebody who did not have shoes for all his life in primary school could become president,” said a grinning Esther Cherobon, who was in Ruto’s year at school.

“We imagine all leaders are from rich families.”

He was always the boy with the highest marks in the school in Sambut village, she said, where part of the institution he attended – a one-room mud building with a rusting iron sheet roof – still stands.

Ruto takes office as Kenya faces a convergence of challenges. Billions of dollars in loans that outgoing President Uhuru Kenyatta borrowed to finance an infrastructure splurge are falling due.

The worst drought for 40 years has devastated the north, forcing 4 million people to rely on food aid.

That was a barely veiled jab at his opponent Raila Odinga – who Ruto defeated in a tight ballot whose outcome Kenya’s electoral commission took almost a week to announce – and Kenyatta, son of the nation’s first vice president and president, respectively. 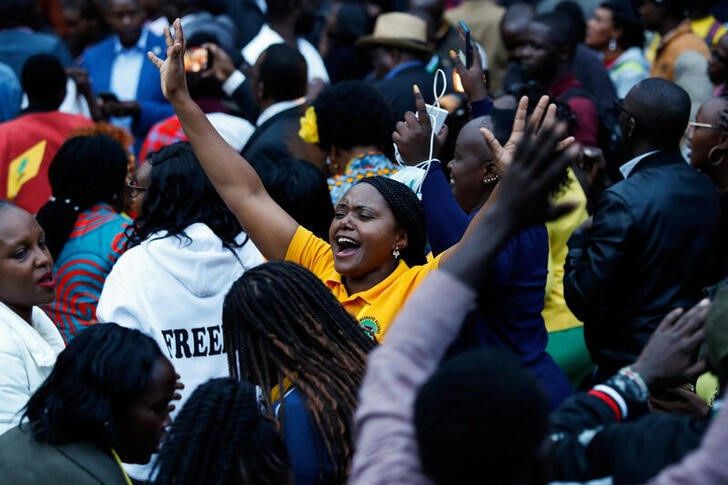 People react after the announcement that Kenya’s Deputy President William Ruto and presidential candidate for the United Democratic Alliance (UDA) and Kenya Kwanza political coalition, is declared the winner of the presidential elections

But Kenyan politics is often a dance performed with convenient partners rather than rooted in political differences, and the circumstances of Ruto’s rise were no exception.

He shot to prominence as a youth organizer for former strongman President Daniel arap Moi, becoming one of Kenya’s youngest lawmakers and ministers.

He had supported Odinga during hotly disputed elections in 2007, when 1,200 people were killed after political violence sparked ethnic cleansing.

Both he and Kenyatta faced charges at the International Criminal Court over the violence, in a cases that later collapsed. A Kenyan lawyer is now on trial, accused of interfering with witnesses in Ruto’s case – accusations he denies.

Ruto then switched sides and became Kenyatta’s deputy president in 2013. But they fell out after the 2017 election, when Kenyatta reconciled with Odinga and distanced himself from Ruto.

Ruto insiders describe him as a gifted orator with a fierce work ethic.

During this campaign he chose a wheelbarrow to represent Kenya’s casual workers, though he himself – now a wealthy business magnate – travelled in a pimped-up sports utility vehicle emblazoned in party colours and nicknamed The Beast.

Odinga sought to undermine Ruto’s popularity by questioning the probity of his extensive business empire.

In July, a court ordered Ruto’s vice presidential pick Rigathi Gachagua to repay 202 million shillings ($2 million) which it determined were the proceeds of corruption. Gachagua and Ruto have dismissed the judgement as politically motivated. Gachagua has said he would appeal the ruling.

Poor Kenyans, already reeling from COVID-19, are also grappling with global price increases of food and fuel. Many are angered by Kenyatta’s failure to reign in rampant corruption.