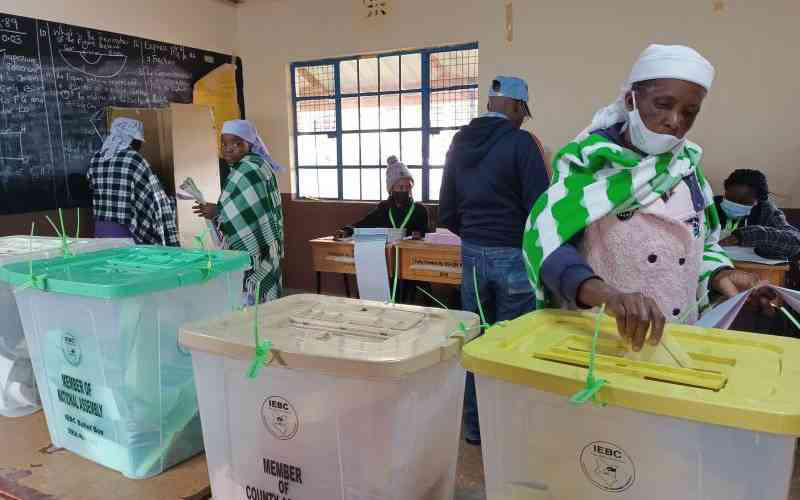 By The Standard Kenya

NAIROBI: They stood out as they queued to vote in various polling stations in Kinoo ward, Kikuyu constituency, in Kiambu County.

Shona community women clad in white dresses, white headgear, and children strapped on their backs was a sight to behold as they voted for the first in the 50 years they have lived in Kenya.

Members of the community could not vote in previous elections as they had not been granted full citizenship.

Last year, President Uhuru Kenyatta approved and gave the stateless Shona and stateless persons of Rwandan descent full Kenyan citizenship to allow them to belong and also vote, a decision the UNHCR termed “a life-changing development for thousands of people”.

And, after 50 years of being Kenyan citizens “without identity”, the Shona cast their votes Tuesday for the first time since Kenya gained independence and were just too happy to do so.

Those The Standard spoke to said they were happy to finally exercise their civic right and take part in choosing the next government just like other Kenyans.

Their approval and grant of citizenship by Kenyatta marked the start of their freedom from segregation and misery. There are about 1,000 registered voters from the community.

“We have been waiting and longing to participate in a general election in our country. We are happy it is happening today. I am happy to have this opportunity to vote for my favourite candidates, for the first time,” said Stephen Muungani, a member of the community.

It has been 29 years since Muungani attained the requisite age to vote but he couldn’t until last year when he acquired Kenyan citizenship and received the national ID.

“Previously, we only escorted our neighbours to polling stations to vote. Sometimes, we would just stay home and accept the ones elected. It is a dream come true that today, we are voting in this election. I’ve had preferred candidates in the previous elections just like I do today only that this time round, I have a chance to vote,” said the 47-year-old Muungani. 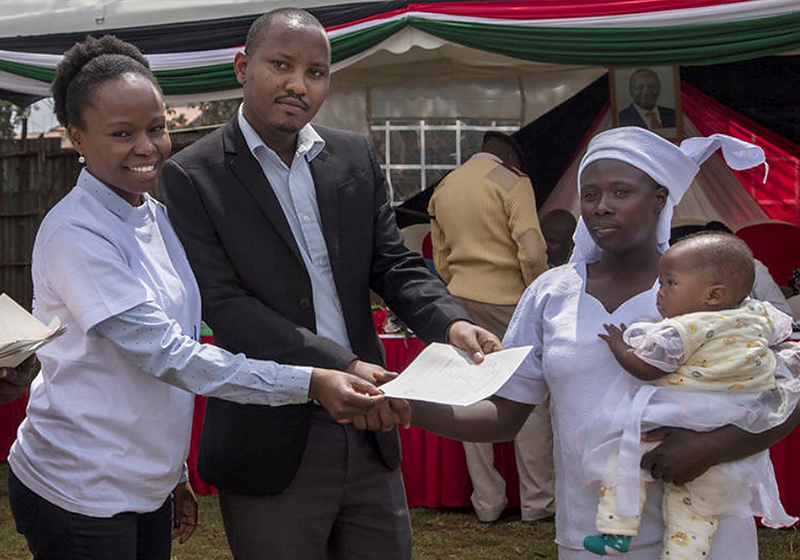 The election is a historic moment for the three generations of his family. Aside from himself and his two adult children, his octogenarian mother also voted.

“We are just too happy that no one is sidelining us anymore. I remember those years when we couldn’t get formal jobs because of our statelessness. Our children could not access education to certain levels. Today, we are able to get government services and our children can access education and even scholarships. It is such a happy moment for me,” said Muungani.

The Shona people arrived in Kenya from Zimbabwe as Christian missionaries in the 1960s. They carried British passports and were registered as British subjects.

After Kenya’s independence in 1963, they had a two-year window to register as Kenyans, which many missed. Also, because they were no longer residents in their countries of birth, they were not able to register there, thus rendering them stateless.

They were recognised as citizens on July 28, 2021, by Interior Fred Matiang’i who gave them IDs with full citizenship rights.

Nikiriya Kanyongo, 67, voted at Kinoo Primary School. She said she migrated to Kenya with her parents in the 1960’s. “I did not belong to Zimbabwe or Kenya until last year,” she said. 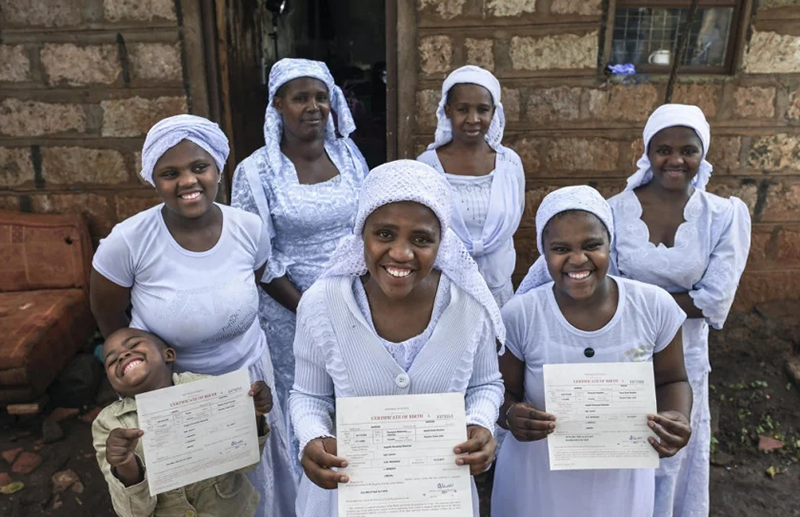 “I was a child when we moved to Kenya. I did not go to school because of our state of statelessness. This also meant my children could not proceed to secondary school. Some of them got married at an early age because they could neither proceed with education nor secure jobs,” said Kanyongo.

Kanyongo said she is happy to have a chance to vote for the leaders of her choice.

“I believe the misery of not belonging is over. I now have a voice and I can demand for my rights. I can now question leaders without fear of victimisation because I am Kenyan. My grandchildren can now access education and government funds and services. This means everything to us,” she said.

The statelessness had committed the Shona to a life of desolation as they could not access basic services such as education, healthcare in public hospitals as well as employment. They did not also enjoy the freedom of movement.

Fillipa Dube, 41, who The Standard caught up with as she readied to vote, said: “I dropped out of school and got married. My children faced many challenges. I couldn’t acquire birth certificates for them because we did belong to Kenya or any other country. But we are Kenyans now and voting has just affirmed we are Kenyans.”

Before gaining citizenship, the majority of Shona people relied on other Kenyans to register their children in school, register mobile phone numbers, or open bank accounts.

“Life had been tricky but we had no option. Ours was about survival. Women gave birth at home because we could not get admission to hospitals. We could not start businesses or approach leaders for financial help because we’d no documents to identify us,” said Dube.

The community is deeply ingrained in Kenyan culture and intermarried with the locals. A good number of them engage in carpentry and weaving to make a living.

Recognition of the Shona followed a pledge by Kenya during UNHCR’s High-Level Segment on Statelessness in October 2019. During the meeting, Kenya also pledged to accede to the UN conventions on statelessness.