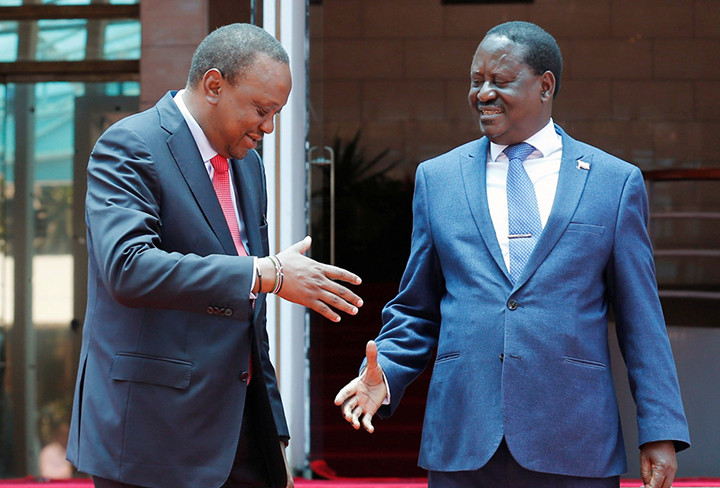 KENYA’S president and opposition leader say they met for talks, months after the presidential elections sparked turmoil as the opposition charged there was electoral fraud.

President Uhuru Kenyatta and former Prime Minister Raila Odinga said on Friday they had launched a new initiative to unify the country that is largely divided between tribes that supported the rival leaders raising fears of violence.

Journalists were not allowed to field questions and it’s not clear if demands by Odinga for new elections were discussed.

Odinga pressed a lawsuit challenging Kenyatta’s victory in last year’s August election and the Supreme Court ordered a new election. Odinga boycotted the repeat election in October, saying adequate electoral reforms had not been made.