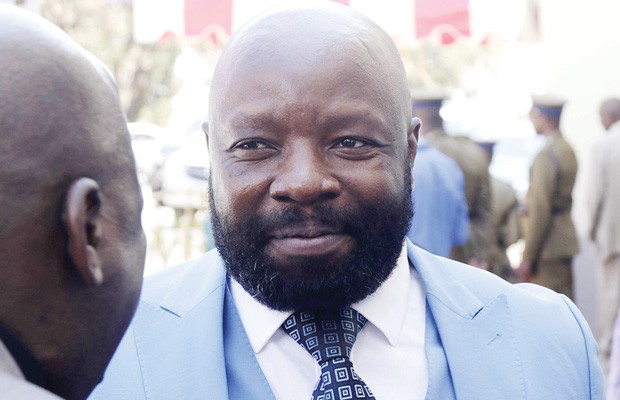 THE Supreme Court will soon hear former Bikita West legislator, Munyaradzi Kereke’s, appeal against conviction and sentence in a matter he was convicted of raping his 11-year-old niece at gunpoint.

NewZimbabwe.com has learnt his record of appeal became ready for inspection at the High Court 10 days ago.

After inspection by both parties, it will be sent to the Supreme Court for hearing.

This publication is informed that Charles Warara, representing the victim, has already inspected the record, signed and now awaits that the other party does the same.

A letter seen by this publication shows that the High Court registrar sent invites to both parties for the inspection on May 9 this year.

Both parties were given 10 days to do the inspection and sign. The days lapsed on Thursday.

He was serving ten years effective after he was caged by Harare magistrate, Noel Mupeiwa, in 2016.

Justice Mwayera of the Supreme Court freed him pending appeal.

The former central bank governor’s advisor was found guilty of raping one of his nieces, while he was acquitted on the count of indecent assault purportedly committed against another older niece.

Kereke maintains that in convicting him of rape, the magistrate’s court erred and misdirected itself on the several grounds that he proposed in the notice of appeal he filed before the High Court.

Warara proved that Kereke raped the minor at gunpoint and she did not tell anyone about it.

He said the fact that Mupeiwa accepted that he would rape someone while his wife was in the same house left a lot to be desired, as it was impossible.

Kereke’s legal battle has had many twists and turns up until he was convicted after six years of his case being parked at the Prosecutor General’s office.

His case was the first to be privately prosecuted, with Warara setting precedence in the history of independent Zimbabwe.

Kereke’s case had to proceed through private prosecution after then Prosecutor-General, Johannes Tomana, refused to prosecute him, claiming there was no evidence linking the then Reserve Bank of Zimbabwe (RBZ) senior official to the offence.

After his conviction, Kereke never rested. He tried every way possible to secure freedom.

At one time, he tried his luck claiming there are changed circumstances, probably banking on the change of government after November 2017.

Kereke argued that President Emmerson Mnangagwa’s government would understand that his incarceration was politically motivated.

But Warara complained that Kereke had already benefited from the reduction of his jail term, which was allegedly slashed by the Zimbabwe Prisons and Correctional Services (ZPCS) and had his classification altered from being a dangerous criminal to a mere class C criminal.

The victim’s guardian lawyer also challenged the ZPCS to justify why Kereke’s sentence was tampered with.