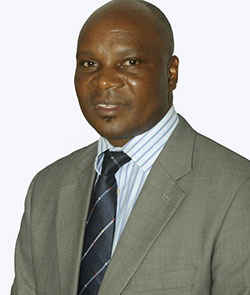 ZIMBABWE’S newly appointed Mines Minister, Walter Chidakwa, will be making his maiden address to the Kimberly Process Certification Scheme (KPCS) on Tuesday, 19 November 2013. In light of President Robert Mugabe’s electoral victory USA, Canada and European representatives will likely be stone faced when Chidakwa addresses this august gathering.
Chidakwa will be attending KPCS plenary at a time when five Zimbabwean diamond companies are seeking KP Certification, recent abundant diamond discoveries made in Bikita and also soon after making a call to accelerate beneficiation. These developments fortify Zimbabwe as the world’s biggest diamond producer and will no doubt dictate the speed and direction of diamond business in the world.
There is no doubt that Chidakwa will receive a hero’s welcome from both friends and foes. One issue that is expected to be topical is the mysterious disappearance of a review mission report on United States of America.
A review mission is an exercise that is subjected to all KP members to check whether the member state is still upholding and complying with the minimum requirements of the KP in terms of diamond sourcing and onward sell of diamonds within a country ensuring, at all material times, that diamonds coming from non-compliant mines are barred from entering the value world value chain.
Tel Aviv based elitist diamond trade analyst publication, the Diamond Intelligence Brief, claimed, in its classified intelligence brief no 764, that the USA was trying to have the review mission not disclosed to KP Plenary fearing an embarrassment and not allow Mugabe’s KP representatives to have a field day on the matter given the frosty relationship between the two countries.
“The Kimberley Process (KP) has some 74 members. One of its members, the United States, may not be the only KP member to do so, but, today, it grossly, totally and unabashedly violates the scheme’s basic minimum requirements.
As one player remarked at the recent WDC meeting: “If it were any other country, the U.S. would demand its immediate suspension or outright expulsion.”
The country is quite irrelevant in terms of the rough diamond trade, but as it is an important polished consumer market, the industry and other governments tend to overlook what the U.S. Government Accountability Office (GAO) already concluded in 2006: “The U.S. systems for reporting rough diamond statistics and for controlling imports and exports of these diamonds are vulnerable to illicit trade.”Advertisement

If one really wants to use the KP to launder money, or to move “conflict diamonds” into the market, it is an “open secret” that one of the easiest ways to do so is through the United States. There, the government has fully outsourced its legal and moral obligations to ensure governmental compliance with the private sector.
Any meat or furniture importer or exporter meeting some general customs administrative requirements can apply to become a Kimberley Process Authority in its own right.
“The trading data raises serious money-laundering concerns. Last year, for example, the United States imported around 5.36 million carats of rough – and then re-exported 73 percent of these carats. Maybe it keeps some large expensive goods for New York? No way. It imports at US$89.52 per carat and exports at US$275.90 p/c. “
“And the few carats (worth US$80 million) that are “kept” in the United States are worth near to nothing at US$20 p/c. Why would rough re-exported from the United States more than TRIPLE in value per carat? I trust that the KP Review Mission report on the United States, which should be completed any minute now, will give clear answers,” the brief disclosed
This will be the first in the history of KP to have a Review Mission report concealed and not presented to the KP Plenary. Next Tuesday it will be interesting to see whether USA is bigger than KP itself. Either way, a precedent will be made if USA report is presented and actioned against or is not.
The definite consequence of the production of the Review Mission report presented in the Plenary is an immediate suspension of USA. China is taking over the Chairmanship of KP in 2014, so it fails this year it will happen next year.
The Non-governmental organisations and civic society groups like Partnership Africa Canada and Global Witness are deafeningly silent on the matter. Why? Because the paymaster is in trouble.
One biggest disappointment that will confront Chidhakwa is the fact that the chair of the review mission, India, represented by a one Sabyasanchi Ray, is cooperating with the Americans by not distributing the report.
Zimbabwe diamonds created 100,000 jobs in Surat, India and the Americans have been against this arrangement, but now we have an India agreeing to cover up for Americans. In this regard, I ask, Is India worth our diamonds?
We might see the usual civic groups attempting to have the KP issue a vigilant notice on Zimbabwean diamonds in view of the RENAMO incursions on Mozambique. That should be shot down because the Mozambican Army has contained the situation very well.