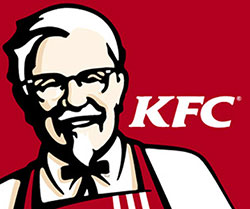 KFC, an international fast food franchise with a presence in more than 80 countries, will make a return to Zimbabwe with the opening of an outlet in Harare on 15 December after two local businessmen acquired the area monopoly, sources familiar with the developments said.
The outlet will be the first of 10 planned to open by the end of 2014 and comes after the franchise holders settled a row over chicken imports with local authorities, the sources said.
Initially the franchise wanted to bring chickens from South Africa, but this was in violation of local statutes which ban such imports, delaying the opening by one year.
“The holdup was because of country policies. We had to make sure that everything is above board, but now we will be using local chickens,” the officials told The Source on Monday, requesting anonymity as they are not authorised to speak to the media.
KFC closed shop in Zimbabwe over five years ago after the previous franchise holder failed to maintain the international standards demanded by the American-owned brand.
Kelvin James, a Zimbabwean-based in South Africa, teamed up with Takura Investments to acquire the franchise for the local market. James already owns and operates several KFC fast food outlets in South Africa, but Takura holds 51 percent shareholding in the local venture.
The two have invested $1.5 million in the venture, with a long-term plan to open 25 outlets in the next five years, sources said.
“Next year alone if all goes well we will open 10 outlets in Harare alone depending with how many sites we get. After that, we will expand to the outskirts,” the officials said.Advertisement