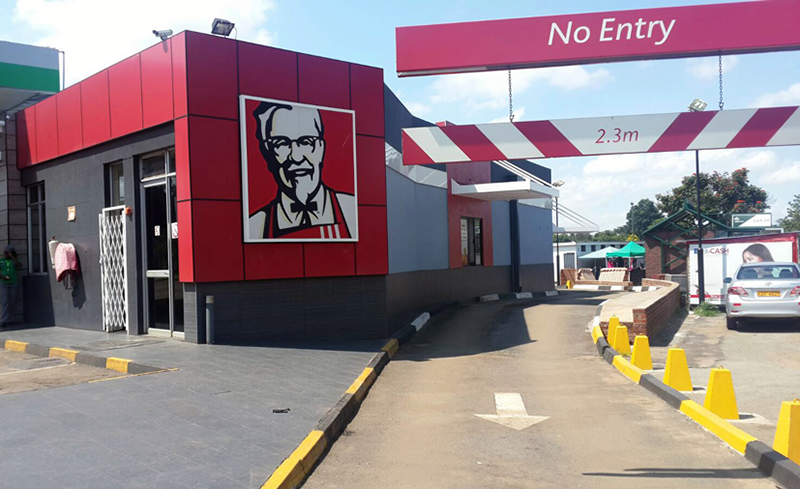 AS the financial crisis in Zimbabwe deepens, KFC Africa has taken the decision to temporarily shut its restaurants in the country.

The company confirmed the development in a statement Thursday.

“KFC Africa has taken the decision to temporarily close our restaurants in Zimbabwe as we are unable to continue to trade due to the current pressure on the country’s economy,” reads the statement.

“The currency challenges have affected our operations and supply and we are exploring various ways to reopen our restaurants soon.

“KFC is a loved and trusted brand in Zimbabwe and we generate new employment opportunities as we grow and with every new restaurant opening.

“Our supply chain is heavily dependent on local suppliers and we are passionate about ensuring that these and all other partnerships are sustainable.

“We remain committed to supporting the economy by contributing to the socio-economic development of Zimbabwe.

“To our restaurant teams and customers, thank you for always choosing KFC and we look forward to opening our doors soon.”

In recent days a number of stores have been forced to close their doors after essentials such as medicine and water start running out. Long queues for petrol, bread and other essentials have once again become a familiar sight on the streets of most Zimbabwe cities.

President Emerson Mnangagwa’s government has introduced a stabilisation programme, which is meant to help the economy recover after years of hardship while Robert Mugabe was in power, but is instead piling even more pressure on already cash-strapped citizens.

Earlier this month the government announced that it would de-dollarize, a move that appears to have hastened the onset of the current crisis.