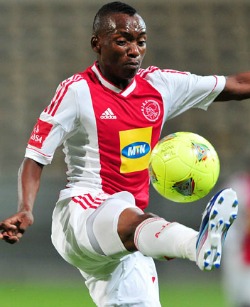 SOUTH Africa: Mamelodi Sundowns’ Khama Billiat is being linked with another move again, as he nears the end of his contract with Sundowns.
The Downs star, whose contract with the Chloorkop-based club is nearing its end, is continuing to attract interest both locally and from abroad.
Billiat’s contract with Sundowns will be left with six months in January, as his deal is expiring in June 2018.
Cape Town City is the latest club linked with the Zimbabwean forward. City are watching the 27-year-old with keen interest and could make an offer in the new year.
With Downs coach Pitso Mosimane known to be an admirer of City’s Aubrey Ngoma, there could be a possibility of a potential swap deal between the two clubs for the two players.
Due to the fact that Billiat will enter into the last six months of his deal in January, the Zimbabwe international will be at liberty to negotiate a pre-contract with interested clubs and move on a free at the end of the campaign.Advertisement