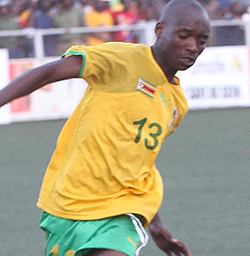 MAMELODI Sundowns have completed the signing of Khama Billiat, Ajax Cape Town confirmed on Monday.
According to Ajax’s club website, Billiat has agreed personal terms and will be heading for Chloorkop in the coming days.

The Cape side’s director Ari Efstathiou confirmed the deal for the Zimbabwean, although the fee was undisclosed.
“Ajax Cape Town and Mamelodi Sundowns re-engaged and agreed to re-instate the terms of the agreement between the parties involved.”
The deal will also see Sundowns’ striker Eleazar Rodgers going in the opposite direction and will be transferred to the Urban Warriors as cover for Billiat’s departure.
“Khama has agreed to the personal terms offered by Sundowns and as a result Eleazar Rodgers will be reporting to Ikamva tomorrow morning,” Efstathiou added.
Billiat joined Ajax in 2010 and has gone on to become a leading star for the team, having made more than 80 appearances in his three seasons with the club.Advertisement