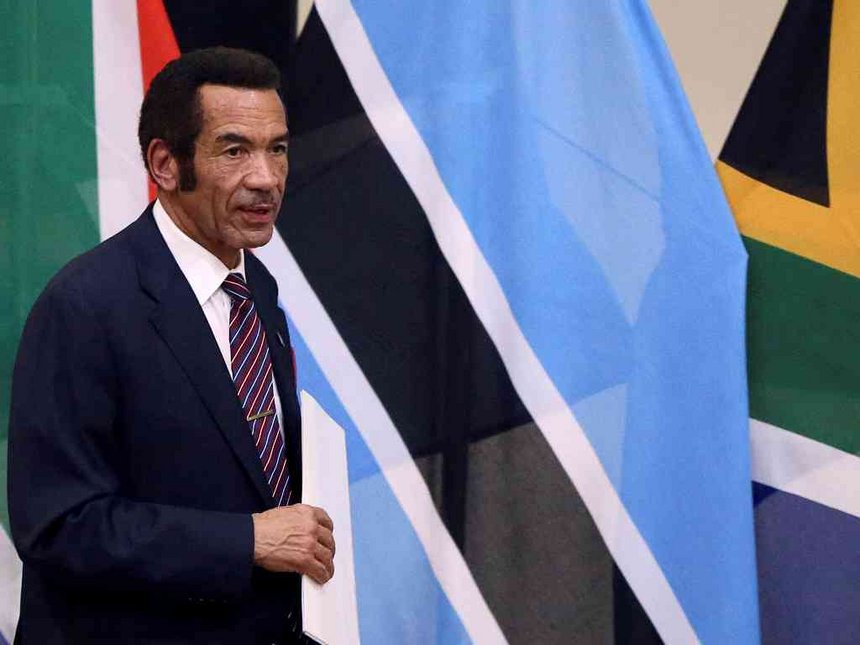 BOTSWANA President Ian Khama officially stepped down on Saturday, in a development that is in stark contrast with that of his former Zimbabwean and South African peers who were both forced out of their jobs.

The 65-year-old bachelor has been at the helm of the diamond rich country since 2008.

But his voluntary exit from power spotlights on neighbours, former Zimbabwean President Robert Mugabe and Jacob Zuma of South Africa who were both forced to surrender power.

Mugabe was ousted in November last year when the military moved to seize control of government, accusing the country’s founding leader of allowing his powers to be usurped by his wife and allies.

Similarly, Zuma was also forced to give up his job February this year, more than a year from the expiry on his term amid accusations of corruption by both political opponents and allies.

While Khama is a known critic of Mugabe’s cling on power, he was never been as candid towards Zuma although he once joked about the polygamous ex-leader’s “sexual appetite”.

The British born leader endeared himself with a lot of Zimbabweans through his open criticism of Mugabe for overstaying his welcome. He once said Mugabe had become a burden to SADC.

Khama, a retired army general, hands over power to his deputy Mokgweetsi Masisi, 55.

His party, Botswana Democratic Party (BDP), is expected to name Masisi as its presidential candidate for next year’s election.

Masisi will be inaugurated on Sunday.

By stepping down, Khama becomes the fourth SADC leader to exit in a space of one year, although being the second to leave voluntarily.

DRC President Joseph Kabila clings on despite the expiry of his term.