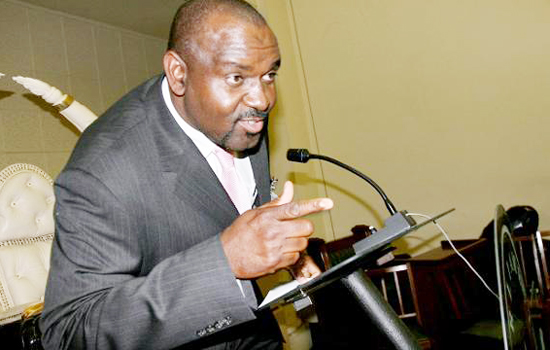 FORMER MDC-T national chair Lovemore Moyo has formed his own political party whose top priority is to fight the marginalisation of Matebeleland by the current government.

According to a party statement, the United Movement for Devolution (UMD) shall push for the devolution of power among the country’s provinces.

“The National Devolution Movement is a socio-economic and political strategy response to institutionalised marginalisation of the periphery in Zimbabwe, in particular the Matabeleland region that not only suffered heavily under colonial occupation but also from the ravages of the genocidal Gukurahundi operation 1982-1987,” reads the statement in part.

Moyo quit MDC-T in March this year but did not give reasons why he had decided to part ways with the main opposition.

Before his exit, the former Speaker of Parliament was among a section of party politicians led by then MDC-T Vice President Thokozani Khupe who had all but disengaged from the main party following differences on whether or not to form a pre-election coalition with other opposition forces.

Cracks widened after the death of then MDC-T leader Morgan Tsvangirai in February this year when the now confirmed President Nelson Chamisa found themselves locked in a fierce tussle for party control with Khupe.

Khupe has also parted ways with the Chamisa led MDC-T but has declared herself legitimate leader of the popular opposition and has called for an extra-ordinary congress in two weeks’ time.

She claims to have been stampeded off the MDC-T leadership job because of her Ndebele origins.

Moyo was widely expected to be the nucleus of Khupe’s party but has made a surprise move to form his own political party.

While the two opposition figures may not share the same party identity anymore, Moyo’s statement however gives a strong indication they share the same thoughts.

“It has become crystal clear that the current national political configurations both in ruling and opposition parties relegate people from the region to deputies and never the first,” said the new party.

“UMD calls for all people be they in other political parties, Civil Society, Church Organisations, Traditional movements, former Freedom Fighters and ordinary citizens to collectively speak for and on behalf of the marginalised and underdeveloped people.”

The party continued: “We believe in equality before the law and human rights for all which can only be guaranteed by the principle of the supremacy of the Constitution.

“The adoption and implementation of Devolution as provided for in the Constitution of Zimbabwe would result on equitable development and economic prosperity for all regions in our country.

“The respect of cultural and linguistic diversity and adherence to non-discrimination could foster a sense of belonging and patriotism which are essential for Nation Building.”

Moyo is yet to unveil members of his party.