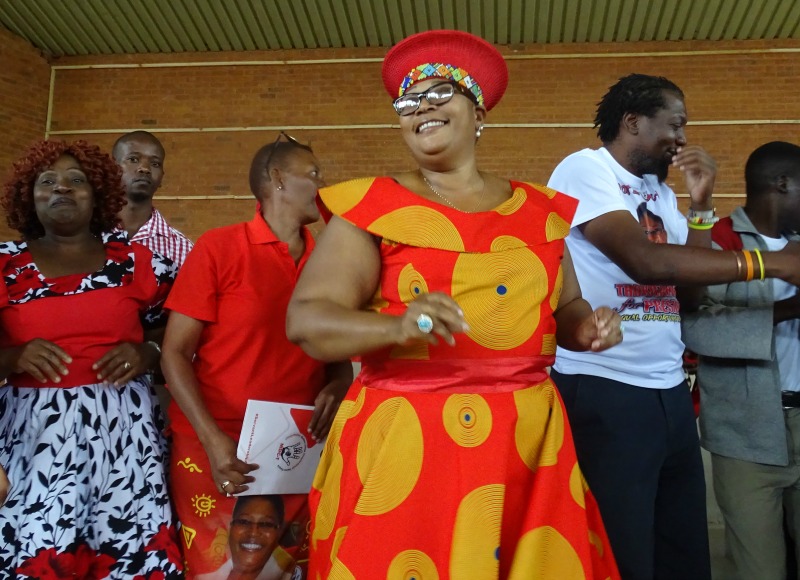 THE MDC-T faction led by Dr Thokozani Khupe has announced that it fielded 112 aspiring house of assembly representatives against the 210 seats.

Khupe, the leader of the party, also successfully presented her Presidential bid papers to the nomination court last Thursday.

Speaking in an interview with reporters on the side lines of a press conference they held to announce the names of their 2018 contesting house of assembly members who successfully submitted their papers to the nomination court , Linda Masarira, the party’s spokesperson, said they were confident of pocketing all the 112 seats.

“You would appreciate that as a party which had its extra-ordinary congress less than three months ago which had some contestations and disturbances, fielding almost 52% of the 210 national seats is a great achievement,” she said.

Masarira said lack of preparedness which was mainly caused by the squabbles their party was having with the Nelson Chamisa led faction affected the number of candidates they wanted to field.

“We had a number of challenges which we encountered at the nomination court which resulted in some of our preferred candidates failing to submit or be accepted and this mainly affected our candidates for rural constituencies. But be that as it may, we are very happy with that achievement,” she said.

“Also, we did not want to impose candidates in constituencies which they are alien to because as a party we have learnt from past experience that candidates imposition does not only destroy the party but also retards community development,” Masarira explained.

She said they were not going to retaliate for the humiliation of their leadership by the rival youths at the High court recently.

“We have committed ourselves to MDC-T’s ideals and principles of democracy, peace and tolerance and this I am making reference to the humiliation and intimidation and violence we have suffered in the hands of members of the MDC Alliance,” she said.

Khupe was recently at the High court humiliated by suspected Chamisa supporters who called her unprintable words while attending a hearing of the party’s symbol and name wrangle she is embroiled in with Chamisa.

The party also alleged that it failed last month to hold its meeting in Harare after their members had been intimidated by the Harvest House based MDC-T youths.