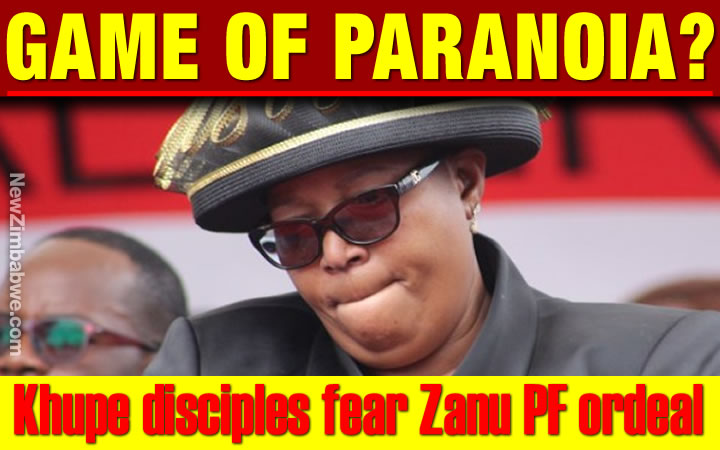 THE MDC-T led by Thokozani Khupe has cancelled its star rally which was set for Bulawayo’s White City Stadium this weekend after its followers refused to congregate at a venue recently rocked by a bomb blast widely believed to have been targeted at President Emmerson Mnangagwa.

The mysterious explosion at a Zanu PF rally claimed two presidential security aides while Vice President Kembo Mohadi and Environment Minister Oppah Muchinguri-Kashiri were among 47 people who were taken injured.

The country’s security organs are yet to reach a conclusive position on the motive of the attack.

Meanwhile, MDC-T said it was not keen to hold its own rally at a venue that has been rocked by the country’s biggest security breach since the shock ouster of President Robert Mugabe November last year.

Party provincial chair for Bulawayo, Nomvula Mguni said the MDC breakaway group had scheduled its rally at White City for this Saturday but supporters have expressed strong reservations over the choice of venue.

“We wanted to hold our rally at White City Stadium this weekend but our supporters are not comfortable about the venue because of the horrific incident which happened there.

“Our supporters, especially the elderly, are really afraid to attend any function at the stadium,” she revealed to NewZimbabwe.com Friday.

Mguni said after the resistance by their supporters, her party had tried to book into some of the council owned stadiums such as Luveve and Barbourfields but they were turned down by the authorities.

“We tried to book Luveve and Barbourfields but we were told that the two facilities are reserved for soccer matches only. We have now resorted to road shows instead,” she said.

She added, “On Saturday, we will be holding a roadshow in the city. The road show will start at our offices before proceeding to the western and high-density suburbs.”

The opposition politician said the party’s campaigns in the city were progressing well.

Unlike its rival faction led by Nelson Chamisa, the Khupe group has had relative difficulties in attracting crowds to its functions.

The party is seen as resorting to roadshows in attempts to reach out to bigger audiences.