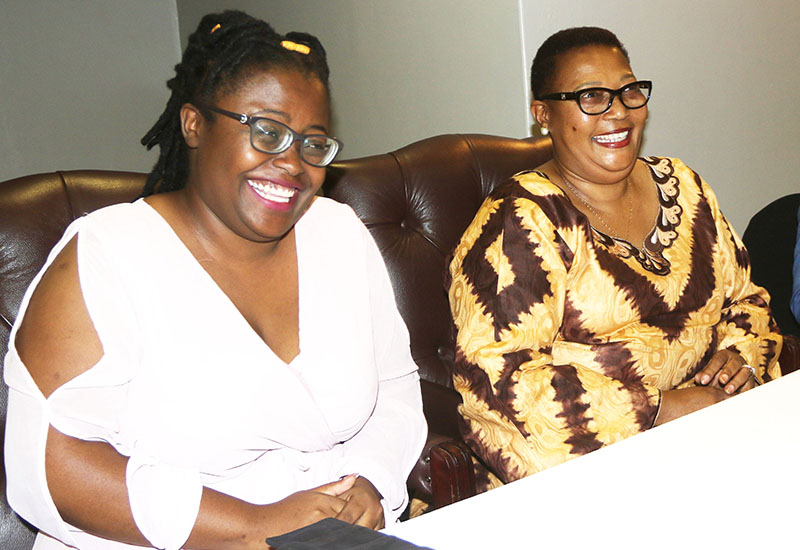 OPPOSITION MDC-T president, Thokozani Khupe has come out swinging, declaring she is in charge of the opposition party, in the aftermath of a High Court ruling that declared Nelson Chamisa illegitimate leader.

Chamisa, with the help of a vigilante group known as The Vanguard, outfoxed his rivals to take power hours after founding leader Morgan Tsvangirai died of colon cancer in South Africa last February.

High Court Judge, Justice Edith Mushore early this week handed down a judgment, in a case in which an MDC junior official had approached the court, questioning the manner in which Chamisa succeeded Tsvangirai and also the latter’s decision to appoint the youthful politician to the position of vice president in July 2016.

The Judge ruled that Chamisa’s elevation by the late Tsvangirai, to the position of vice president, along with Elias Mudzuri violated the party’s constitution.

Justice Mushore, also ordered that all actions by Chamisa since his appointment as well as assumption of power was null and void before indicating that Khupe was elected at the 2014 congress should have succeeded the late former Prime Minister. The MDC was ordered to call for an extra-ordinary congress within a month.

Khupe told journalists at a press briefing, Saturday that she would engage with the “leadership that was elected in 2014” effectively sidelining Chamisa.

“The order goes back to 2014. There was a congress at which a leadership was put in place. That is the leadership I will be in touch with,” said Khupe.

At the 2014 congress Chamisa was reduced to an ordinary card carrying member after he lost the race for the position of secretary general to Douglas Mwonzora.

He was subsequently appointed as a national executive member by Tsvangirai, before he was elevated to the presidium two years later.

Khupe, Saturday said she has since instructed her lawyers to deal with the issue.

“There is therefore an urgent need for dialogue between all parties mentioned in this court order, including the applicant on how we can implement it.

“To achieve this we have instructed our legal counsel, to engage the other parties’ lawyers, so that we can dialogue and together map a way forward,” said the former Deputy Prime Minister.

She added that the offer for dialogue was not absolute.

“This offer is being made without prejudice but let it be on record that in the event that other parties are not forthcoming we are still to open to other legal remedies,” said Khupe.

While Chamisa has indicated he will push ahead with his party’s congress set for later this month despite the order, Khupe said parties to the case have no choice but to abide by the order.

“In this regard we have no choice but to find a way of talking around how to move from February 2014 as the court has nullified everything that happened after that. The judgment has placed me back as the leader of MDC-T. I therefore accept the huge responsibility,” said Khupe.

“The MDC-T was founded on principles of democracy, non violence, respect of the rule of law. That is the character of our great movement.”