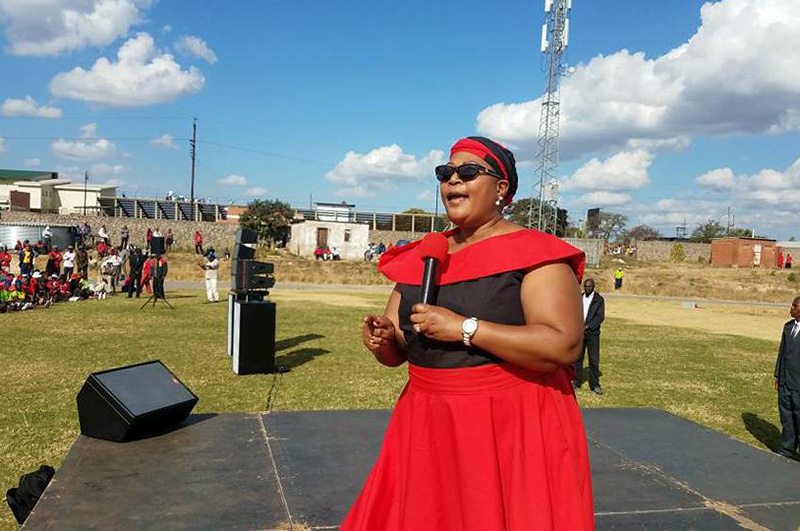 FORMER deputy prime minister Thokozani Khupe says she was not worried by the supposed millions backing rival Nelson Chamisa and expressed confidence that voters will reward her for sticking to her democratic principles.

“You can be a million but doing the wrong thing,” the former deputy premier said in an interview a Victoria Falls based commercial radio station.

Khupe and Chamisa were co-deputy leaders in the late MDC-T until the February death of founding party president Morgan Tsvangirai.

While the likes of Mudzuri and secretary general Douglas Mwonzora have since fallen into line behind the new party president, Khupe has remained defiant, resulting in her expulsion from the party and recall from Parliament.

And ahead of general elections expected before August, Chamisa has been addressing bumper crowds across the country after being confirmed as presidential candidate for the MDC Alliance opposition coalition.

Khupe said she was not fazed by the numbers apparently backing Chamisa.

Her group will hold a congress this Saturday to elect a new leadership and the former Bulawayo MP is confident that she will be elected new party president.

“All the provinces are going to be represented (at the congress) and they are phoning every minute,” she said

“As I am driving, I am receiving messages and phone calls and I have been going around the country drumming up support for the congress and everybody is ready to go.”

She also confirmed that she wold contest the forthcoming elections as the MDC-T’s presidential candidate.

“My chances (of wining) are very high because people vote for the truth,” she said.