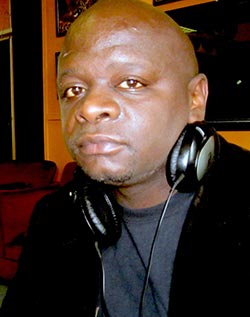 POPULAR Bulawayo House music artist and producer, Khulukani Bethule known by his stage name Khuxxman is retracing his footsteps back to a genre that catapulted him to stardom.
The Zimbabwe Music Awards winner has reached an agreement with popular South African Afro-pop musician, Patricia Majalisa, to work with her on his upcoming Disco album.
The deal also entails Khuxxman doing live stage performances backed by Majalisa’s band.
Khuxxman started off as an Afro-pop musican, producing four albums which won him a lot of admiration from fans of the genre, which is popular both in South Africa and Zimbabwe.
He later switched to House music and produced hits such as Vumelan’ Isangoma and Unyawo Lwami which were instant hits.
In South Africa, the genre was popularised by the likes of Majalisa, Pat Shange, Brenda Fassie, Chimora, among others.
In an interview with NewZimbabwe.com, Khuxxman said he was delighted to have struck a deal with Majalisa, who has performed on many occasions in Zimbabwe.
“I have reached an agreement with Patricia Majalisa that will see us working on my latest disco album. The album will be produced by her producer, Thando Zinto.
“I will also be doing live performances with her band,” said Khuxxman.
He added that work on his new album will start in February, once the festive season is over, as both artists will be busy with shows.
He said he had given House Music a lot of attention and felt he was now neglecting disco music lovers.
“House music is popular with the young generation but the problem is that most of them do not buy music.
“However, disco music is loved by the older generation who have disposable income to buy my music,” said Khuxxman.
In what could be one of his last few shows where he will perform a house music set, Khuxxman, will this year perform at the Kalawa Jazzmee annual Homecoming party in Bulawayo on 27 December.
He said he will use the platform to network with the South African artists who will perform at the biggest music event in Bulawayo, and hopefully land a deal to do a project with any of the artists.  Advertisement