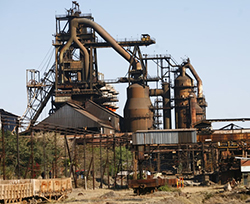 IT’S already known that Zimbabwe was, at one time, reckoned as the breadbasket of Southern Africa but that has changed due to various reasons. Food is now being imported from other countries and manufacturing is in intensive care. The whole economy is in an advanced state of breaking down yet we have some of the brightest brains in Africa and the world as a whole.
This sad state of our beloved country calls for urgent attention from both the leadership and common people to join hands in unison to challenge and fight the situation head on with a belief and faith of changing it for the good of our people. We Zimbabweans as a people deserve better than this.
The starting point to change our situation is simply acknowledging that we can’t realise our success story by continuing doing what we have been doing and showing willingness to change commencing from the top going down. A paradigm shift in the way we have been conducting our affairs. Regardless of political affiliation, I think we have great leaders on both sides of the political divide, who, when willing can work hard to formulate policies to follow through to our successful future.
The biggest problem we have is that we are very good at drafting eye-catching policies that we don’t implement wholly enough to realise their fruits. Zim-assert is one of them. It’s a golden piece of document but we cannot achieve its benefits if we do not religiously pursue its implementation and execution.
There might be political and international relations challenges hindering progress to fully execute the policies, but that’s where legendary leaders are born by shining in deep darkness to defeat the odds. We are not a country of cry babies but of strong men and women who fought gallantly against the enemy to rule ourselves.
When leadership inspires the mass by mapping the way forward, the onus will fall on ordinary people to give them support. The best mindset would be “Ask not what your country can do for you; ask what you can do for your country” as spoken by former American President J. F Kennedy. Presently, there is lack of trust on leadership by the people. That can be changed when leaders radiate willingness and genuineness in their efforts to change.
Corruption has grown very deep and thick roots in the Zimbabwean economic and social system. Any practical efforts to turn around the economy should include measures to nip it at the bud. Harsh and unpopular methods need introduction to halt corruption otherwise defeating it can prove impossible. We cannot expect to grow as a progressive nation if corruption continues rearing its ugly head amongst us.Advertisement

This is what Thabo Mbeki once said about corruption; “to conclude I would like to say that among others, corruption impoverishes the people, compromises the capacity of the state to discharge its responsibilities to the people, discourages investment in the economy to create new wealth and serves to discredit the country”. Nothing can be further from the truth than these wise words from a respected former president.
Investments are the backbone of any economy. Without attracting investments or maintaining them, a country’s economy becomes stagnant. Hundred per cent work to encourage local investment should be top of the table as this also is in line with indigenisation policy. Small scale businesses are boosting first world economies in a big way, hence they should do the same locally as well. The government needs to fully regulate them to follow basic business ethics like paying taxes and adhering to labour laws. This will further help augment the decreasing government revenues.
Foreign Direct Investments are a necessity. They help to facilitate big businesses, which generate huge revenues for use to resuscitate infrastructure and other government processes. Zimbabwe is not an economic island, therefore attracting FDIs cannot be overemphasised. Local investments plus Direct Foreign Investments equals a robust economy which is directly linked to job creation resulting in much-needed disposable income which further spurs the economy to greater heights.
Farming is another high potential area to uplift our economy. Our country is blessed with rich soils and, most of the seasons, we receive normal to above normal rains. We have to utilise that to reap surplus yields all the time. The use of irrigation and modern farming technology by the farmers should be taught and financed. By no way should we import food from our good neighbours but the opposite is true.
Mining and tourism are all money spinning revenue drivers. The diaspora has been doing their fair share of sending a considerable amount of money home as well. Tight management of all these vital cogs of the economy can miraculously work wonders to wipe our tears away.
As Zimbabweans, we pride ourselves with our human resources. We are hard workers, we are educated and we are smart. We have gone through untold hardships as a people. We can use that experience as a lesson to forge our successful future. What we badly require at the moment is a belief in the ‘we can do it’ attitude and in ourselves.
Graham Nyakudjga can be reached at gnyakudjga184@live.com.au