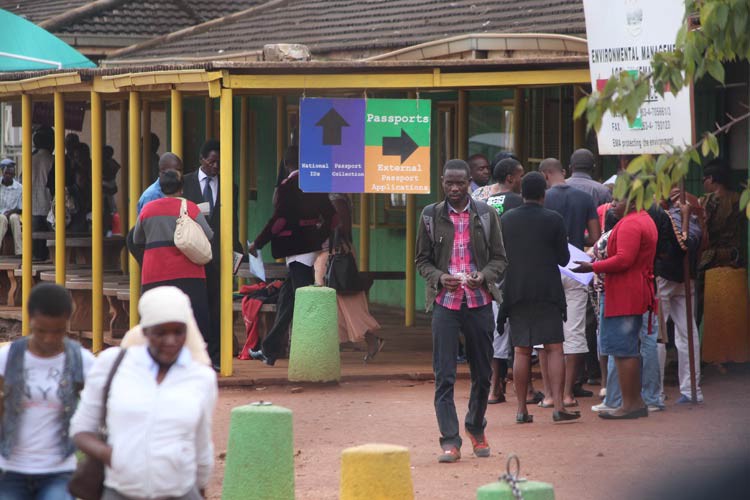 SCORES of children born-out-of wedlock are still unable to have birth certificates acquired by their fathers, as the Registrar-General (RG)’s office is yet to issue a circular directing officials to process documents for them.

Last month, the High Court passed a judgment permitting fathers to register their offspring in the absence of their mothers due to several reasons.

High Court judge, Justice Owen Tagu delivered the landmark ruling in which he said fathers of children sired out-of-wedlock can acquire birth certificates for their offspring if the mothers have abandoned them or were not available.

The development followed a successful application by an aggrieved father, Bernard Tashu, who was failing to secure a birth certificate for his 11-year-old son, Erick.

However, a survey conducted by NewZimbabwe.com this week, showed many affected fathers were still unable to acquire birth certificates for their children at the RG’s offices.

Zvimba district registrar, Kevin Maturi said they were waiting for the circular to that effect from the head office in Harare.

Maturi said: “While l am personally aware of the court judgment, we at the RG’s office work with circulars that give us direction in circumstances like this one.”

“We have not started the process, but we hope to start issuing the birth certificates as soon as we receive the circular.”

The situation was the same at all RG district offices surveyed by this paper across the county.

The Justice for Children Trust (JCT) legal counsel, Pamela Musimwa said there were a lot of administrative issues that needed to be rectified first at the RG’s office before the fathers are able to get birth certificates for their kids.

Musimwa told NewZimbabwe.com: “From the look of things, the RG’s office seems to be aware of the urgency of the matter, and might be doing something, as just recently they asked me for the court ruling.

“We realise fathers across the country continue to face the inconvenience of being turned away because there is no circular directing civil registry officers to give them documents for their kids.”

Musimwa, however, raised concern over hurrying the enforcement of the court ruling without making necessary adjustments to the registration process and details needed on the documents.

She added: “People must also take cognisance that the RG’s office needs to strike a balance between protection of children’s rights to access birth certificates, and preventing a crisis where people rush to register kids who are not theirs.”

“But the RG’s office cannot take forever to implement the court order while thousands of children without birth certificates remain “stateless” and, at times, deprived of privileges and benefits, said Musimwa.

“If they take too long to make necessary adjustments so that fathers can acquire birth certificates alone, then we will be forced to go back to court as the RG would be in contempt of court. We are giving them up to the end of January,” she said.

In the landmark November ruling that was received with euphoria among the public, the appellants had argued that by barring fathers from acquiring birth certificates for their children whose mothers cannot be located or do not wish to cooperate, the government was depriving the unregistered children of the right to access basic social services, including education.