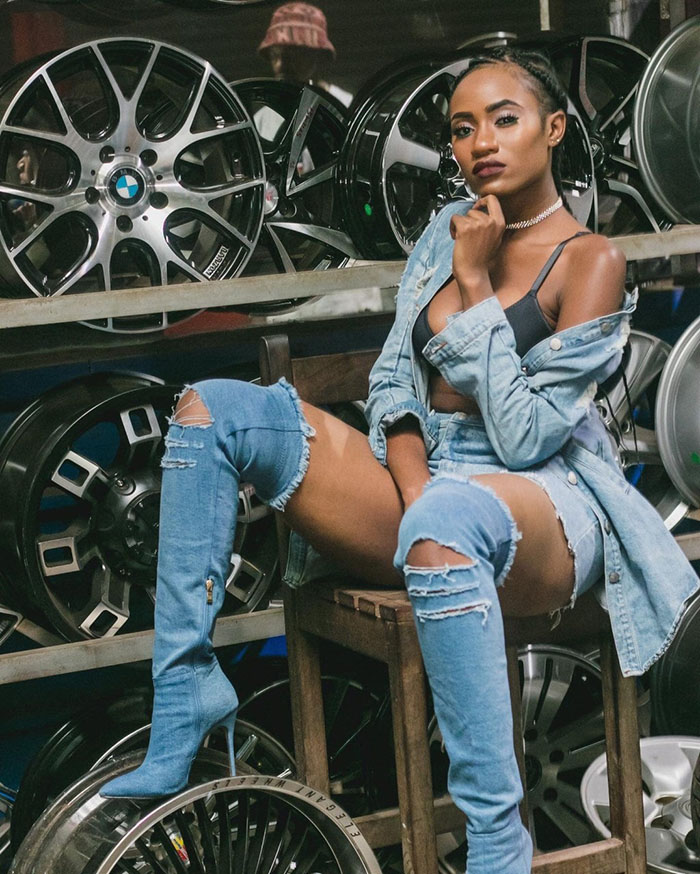 RAPPER, Kikky Badass as once again hogged the limelight with her music, this time taking a dig at Zimdancehall crooner , Enzo Ishall.

In her verse in her latest collaboration with hip hop trap artist, Crooger titled, ‘Mapisarema’, Kikky Badass gives herself all credit for making Enzo Ishall’s track, Magate a hit.

She went onto ridicule the dancehall chanter for switching genres.

“Wakanyimwa crown yedancehall now you want to rap, I thought you were an OG.

She added: “If I ain’t twerk on his video would he still have views.”

In 2019 Kikky Badass starred as a video vixen in Enzo Ishall’s Magate.

Her raunchy dance moves captivated viewers and became the most memorable part of the video.