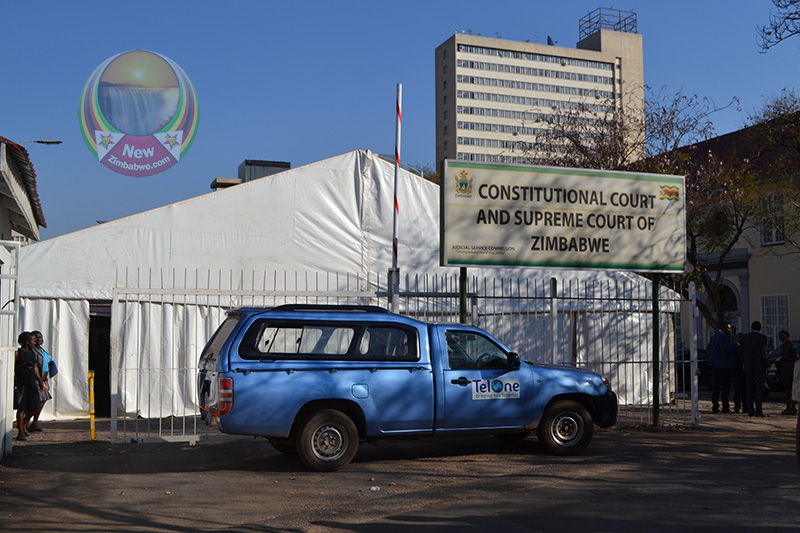 The Constitutional Court of Zimbabwe

Gouevia wants the ConCourt to make a ruling on the constitutionality of the set-up the High Court in criminal cases in which assessors are involved.

The case was supposed to have begun before Justice Tawanda Chitapi and two assessors in November last year but has since stalled over the application.

Through his lawyer, Edley Mubaiwa, Gouevia filed a defence outline and a notice of opposition challenging the constitutionality of the composition of the court.

In his submission Mubaiwa said Section 162 of the Constitution of Zimbabwe, 2013 provides that judicial authority is vested in the courts which include the High Court.

He said Section 163 provides that Zimbabwe’s judiciary consist, in respect of the High Court, of the Judge President and other judges of that court but does not include assessors.

“Section 56 (1) of the Constitution of Zimbabwe entitles the accused person (Gouveia) to the right to the protection of the law whilst in section 69 thereof he is entitled to the right to be tried before a court established by law.”

Mubaiwa said including two assessors will be in violation of the Constitution. He submitted that the assessors could “outvote a judge” hence prejudice his client of justice.

After hearing Mubaiwa’s submissions, Justice Chitapi referred the matter to the ConCourt for determination.

Justice Chitapu added that the Concourt must determine, whether criminal proceedings before the High Court as comprised of assessors constitutes an unlawful violation of accused person’s right to the protection of the law.

On Wednesday this week, the matter appeared before the full bench of the Concourt headed by Deputy Chief Justice Elizabeth Gwaunza, but it was removed from the roll after it emerged some parties had not been cited in the application such as the Attorney-General (AG), Prince Machaya and the Prosecutor General (PG), Kumbirai Hodzi, given they are interested parties.

The court ordered that the record be referred back to the High Court for corrections.

Tapiwa Mapfuwa and Editor Mavuto are representing the State.