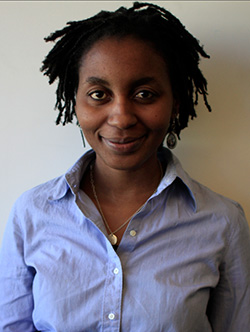 AN influential BBC World Service programme, The Conversation, celebrates its first birthday through broadcasting from Parktown Girls’ High School in Johannesburg on October 24, with repeats on 25 and 26.
Its presenter, diminutive Zimbabwean-born Kim Chakanetsa, who has been in Johannesburg this past week, said the programme has brought a lively group of 22 matric pupils together with two women – South African Khosi Zwane-Siguqa, an award-winning journalist and editor, and Zimbabwean tech entrepreneur Emma Kay – for the show.
Chakanetsa said their debut broadcast in London, which won an award, saw the pairing of a South African and a Pakistani guest and thought it would be “nice to do a 360-degree turn and come to SA”.
“For me, personally, I am very interested in SA, as I think it has the most talent,” said Chakanetsa. She was impressed with the standard of the girls.
“They were highly intelligent, articulate and the questions they asked were thoughtful. They listened carefully to what our guests were saying and challenged them,” said Chakanetsa.
In this special hour-long programme, to be broadcast over a three-day period, Chakanetsa widens The Conversation to hear more from the South African girls who are about to finish high school.
“It will give them an opportunity to air their passions and plans and to seek advice from the two female guests on how to turn their aspirations into reality.”
Zwane-Siguqa is head of content at WeChat Africa. She believes delivering brand-new services through mobile phones could bridge the huge divide between the modern African city and the remote rural village.
Kaye is the founder of the mobile entertainment marketplace Bozza. A serial tech entrepreneur from Zimbabwe, her aim is to put African music and art on the digital map by helping local artists to access audiences across the continent– and maybe even the world.
Chakanetsa said she was excited to be presenting The Conversation.
“As a producer and now presenter for the BBC World Service, I am always covering stories about and issues that affect women around the world.
“Often it’s the negative issues that make the headlines. So it’s refreshing and only right that we should also reflect the positive stories of women around the world.”Advertisement

The changing role of women is one of the biggest transitions the world has experienced and the BBC World Service, is aiming to capture this progression through The Conversation.
Last year, the BBC pledged to represent women better in its international news output, kick-starting that drive with the 100 Women Season.
The Conversation launch coincides with the return of 100 Women for three days of special programming across the BBC’s international news services on TV, radio and online from October 27.