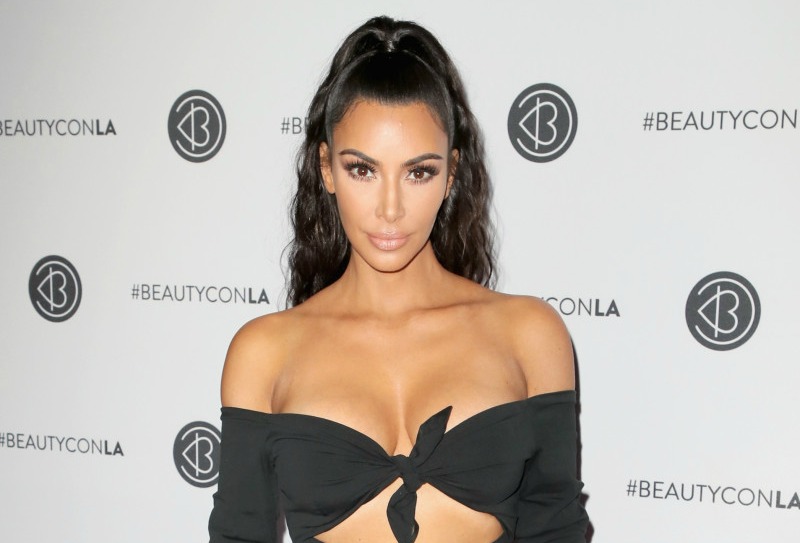 It was recently revealed that she is spending more and more time apart from her troubled husband.

And Kim Kardashian was seen taking time away to visit a friend on Saturday, when she was photographed exiting a large black vehicle with her sister Khloe Kardashian in Malibu, California.

Her trousers were in shades of beige and copper with black detailing. On her feet, Kim looked to be wearing pointy silver pumps.

Her younger sister Khloe, 36, was in an all-black ensemble consisting of a knotted T-shirt that showed off a sliver of her midriff.

She paired this with black leggings. The mother of one wore pointy-toed black pumps and had a shiny black jacket tried around her waist.

Khloe wore reflective sunglasses along with a black face mask, and had her honey-colored hair up in a top ponytail that cascaded down below her shoulders.

Khloe clearly enjoyed the attention of the shutterbugs, strutting her way along the sidewalk.

The sighting comes as it was revealed Saturday that Kim and husband Kanye West, 43, have been spending substantial time apart.

A new report from PEOPLE includes an insider’s claims that the power couple are reportedly still together, but that they ‘very much live separate lives’ at present.

The couple – who married in 2014 and have four children together – weathered significant marital problems over the summer amid Kanye’s ongoing mental health problems and his doomed bid for the US presidency.

‘Kim has work and projects that are important to her, and Kanye has his,’ the insider added.

Indeed, Kim is keeping busy with numerous projects including her SKIMS clothing line and her legal work on prison reform.

Kanye appears to be laying low following his failed bid to become US president. He hasn’t been active on Twitter since November 4.

And the rapper hasn’t been publicly seen with the Kardashian family since Kim’s 40th birthday celebrations in French Polynesia in October.