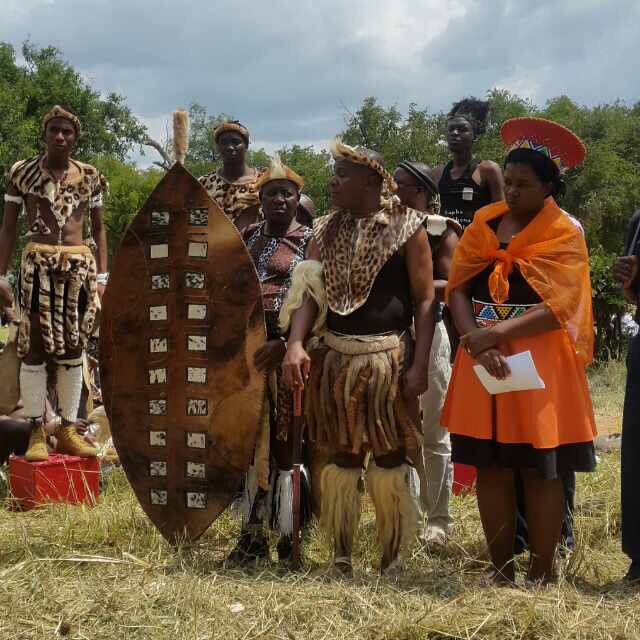 The AmaXhosa King according to King Mzilikazi’s spokesperson Greater Sibanda passed on this week in South Africa.

“The Royal Kingdom of uMthwakazi is deeply saddened to learn about the passing away of His Royal Majesty, King Mpendulo Zwelonke Sigcawu on the 14th of November 2019.

“On this sad occasion, on behalf of the people of uMthwakazi and my family we would like to express our deepest condolences to all members of the Royal Family, AmaXhosa, the traditional institution, and the people of South Africa,” the statement said.

According to Sibanda, King Mzilikazi is currently in South Africa attending a function of traditional leaders in the region and is likely to attend the burial whose date has yet been announced.

“We believe he will attend because he is already in that country for a different function and this is his way of paying tribute to his colleague,” said Sibanda.

The statement added: “His Majesty was a remarkable King, who dedicated his entire life to the betterment of the country, the people of South Africa, and the well-being of his tribes without discrimination as to their status, ethnicity or religious persuasion.”

“To bring peace and prosperity to the people of South Africa, His Majesty had devoted his life and worked tirelessly for improvement of life of the common people. He has been the pillar of the traditional institution and the restoration of the traditional leadership in Africa.”

King Mpendulo Zwelonke Sigcawu, has attended numerous traditional functions in Zimbabwe as part of relations between the two peoples according to Sibanda.

“His presence on our traditional commemorations in Matabeleland marked a turning point in our revival strides of our Kingdom in 2013. We shall forever remember him.

“His Majesty’s wise leadership and graciousness will be remembered by the Royal Kingdom of uMthwakazi forever, especially with regard to the fact that thousands of innocent Mthwakazi peoples are still able to find refuge and security, and over a million have been able to find decent work and care in South Africa,” said Sibanda.